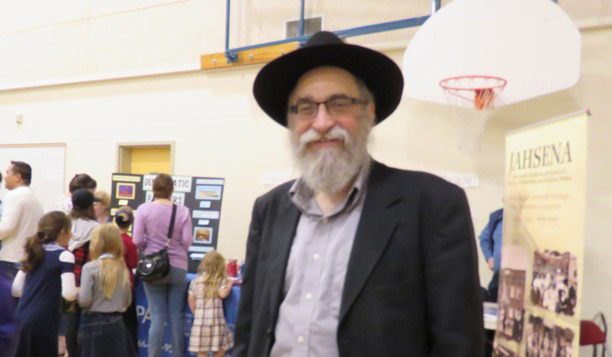 Chabad Lubavitch of Edmonton executive director Rabbi Ari Drelich led the efforts, having worked on a case-by-case basis to get kosher food to Jewish inmates in provincial jails for many years, but in February 2020 he began correspondence with the provincial government for it to be provided to inmates regularly without outside intervention.

Since then, he’s had to go through three ministers of justice — Doug Schweitzer, Kaycee Madu and finally Tyler Shandro.

Drelich joked that he became a “festering annoyance” to the government, which kept the issue on their radar, despite major turnover at the justice ministry.

“As the old expression goes, ‘the wheel that squeaks gets the grease.’ And we just kept on squeaking and squeaking and getting as many people as we can or key people to squeak,” Drelich said, adding that he worked closely with Abe Silverman, B’nai Brith Manager for Alberta Public Affairs, who used his connections with the provincial government to get the policy across the finish line.

The argument in favour of kosher food in carceral institutions centres around the Charter of Rights and Freedoms, namely section two, which guarantees freedom of religion.

“The federal system has it, and they have it because the units are protected under the Canadian Charter of Rights. That should make no difference whether you’re in a federal prison or you’re in a provincial prison,” said Drelich.

“We’re not talking about a really big ticket item at the end of the day because there are at best less than 20 on average kosher meals required and probably even less than that,” said Drelich.

Drelich also credited NDP MLA Lorne Dach, who represents the riding of Edmonton-McClung, for his advocacy on this issue. Drelich emphasized this wasn’t a partisan issue, as Premier Jason Kenney and Minister Shandro agreed with Dach.

In a statement, Dach expressed high praise for Drelich.

“Rabbi Ari Drelich is a great leader in our community and I’m grateful he approached me as his MLA to discuss his work on providing kosher food for Jewish people in Alberta Correctional Facilities. I wrote to the justice minister repeatedly and raised this matter on the floor of the legislature and I hope that this contributed to Rabbi Drelich achieving success,” Dach said.

B’nai Brith’s Silverman told AJNews he emphasized the issue to Premier Kenney, with whom he has a strong rapport, who put him in touch with then-Justice Minister Madu, who Silverman said was supportive. After Madu stepped down from cabinet, the file became Shandro’s responsibility.

He met with Minister Shandro, who said he would get back to Silverman in a week. “Two hours later, we got a message from him that he was going ahead with the program,” Silverman said.

Silverman noted there are almost 20 different types of meals for inmates with dietary restrictions, whether they’re vegan, vegetarian, gluten or lactose intolerant, or have an allergy, so it only made sense to add kashrut to that list.

“We are fortunate that we are not represented in the penal system in great numbers. For that we’re thankful. But even if there was one person in the system who was Orthodox, then by all means, that person should not be denied.”

Rabbi Drelich added that allowing inmates to get back in touch with their religious roots is an important part of the rehabilitation process.

“This will be aiding them to grow in their Judaism and become better citizens,” he said.