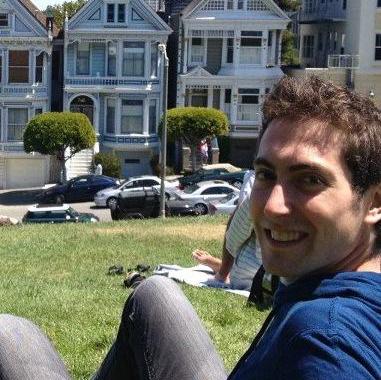 Kevin Swersky, a Talmud Torah alumni, is now joining Twitter with his 4 colleagues from the Whetlab start-up.

Mazel tov and Kol Hakavod to Edmonton Talmud Torah alumni Kevin Swersky who has gone on to perform some brilliant work in artificial intelligence since his early days in our community.

Twitter announced recently that it has acquired Cambridge-based machine learning startup Whetlab in an effort to accelerate the company’s own in-house efforts on the matter. Deal terms were not immediately available, but Twitter will gain both access to Whetlab’s technology and small team following the acquisition, while Whetlab’s current product will be discontinued next month, the company notes.

The startup, a team of five, was only around a year old at the time of the acquisition. All five team members, including Kevin Swersky, Ryan Adams, Hugo Larochelle, Jasper Snoek, and Alex Wiltschko, are now joining Twitter where they’ll be tasked with accelerating Twitter’s current machine learning efforts.

Whetlab was developing A.I.-like technologies that would make machine learning easier for companies to implement. Its system had been designed to get a company’s internal systems off the ground automatically, and therefore, more quickly than before. This could potentially reduce the time it takes to train a new machine learning system from months to just days.

On its company website, Whetlab explained that their patent-pending system would offer an alternative to hiring experts to architect and tune a machine learning system in-house as is traditionally done, as it would do this work instead. The company even boldly claimed it did a better job than today’s human experts, noting that its tech had “outperformed the top machine learning researchers in configuring systems for the hardest cutting-edge problems.”

The tech, which was developed by researchers at Harvard, Toronto, and Sherbrooke universities, was being put to use for things like object recognition, speech processing and even computational biology. It was running in a closed beta, according to a FAQ on the Whetlab website about the planned shutdown, which took place earlier this month.

Meanwhile, JTA reports that Facebook is acquiring its 4th Israeli start-up company that has developed technology for operating a computer through hand and finger gestures.

Pebbles Interfaces, based in Kfar Saba, is Facebook’s fourth acquisition in Israel, according to the Israeli business daily Globes.Facebook reportedly has agreed to pay $60 million for the company.

Pebbles Interfaces made the announcement on its website, saying it was joining Oculus, which Facebook acquired for $2 billion. The acquisition is being made through Oculus, according to Globes.

“For the last 5 years, we’ve been focused on building a technology that extends human behavior, enabling simple and intuitive interaction with any consumer electronic device,” the announcement said. “At the same time, we’ve seen virtual reality make huge strides, changing the way people interact with one another. At the forefront of that shift is Oculus, and joining Oculus will help advance our vision building immersive experiences and revolutionizing digital human interaction.”

It is not known whether the company’s employees will remain in Israel or not, according to Globes.

In related news, Microsoft Corp. will purchase an Israeli cybersecurity company for a reported $320 million.

The planned acquisition of Adallom was recently reported by the Israeli business publication Calcalist. Microsoft has signed a letter of intent for the purchase.

Founded in 2012, Adallom has 80 employees in Israel, in Tel Aviv, and the United States, in Palo Alto, California. It secures information stored on cloud services, protecting it from cyber attacks.

It will be Microsoft’s fourth acquisition of an Israeli company.