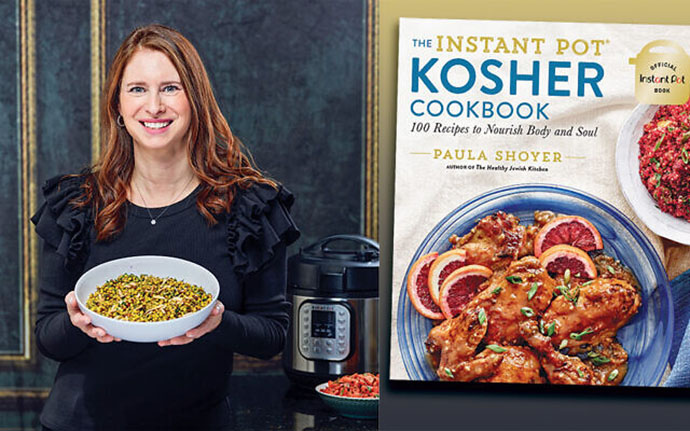 (AJNews) – The first Instant Pot® cookbook to feature kosher food has hit the market – just in time for Pesach – and it is definitely a winner!  Cooking maven Paula Shoyer has expertly developed a robust array of both traditional and contemporary kosher recipes for the king of all kitchen appliances: the Instant Pot®!

Buy it for yourself or get it for a friend or family member. It’s a win win for everyone.

Jewish food and the Instant Pot® are a natural fit, explains Shoyer. So many traditional Jewish dishes are soups and stews—prepared before Friday night and kept warm throughout Shabbat, when observant Jews aren’t allowed to cook—and that’s the sweet spot of the Instant Pot®.

For decades, Jewish families have relied on slow cookers to achieve the soft, flavor-filled stews of their ancestors, but they lamented the time required. Now, the Instant Pot® allows for vastly shorter cooking times without compromising flavor or texture.

Paula Shoyer graduated from the Ritz Escoffier pastry program in Paris and teaches French and Jewish baking classes in the Washington, DC, area. She conducts large-scale baking demonstrations across the United States and Canada.

Paula is the author of The New Passover Menu, The Holiday Kosher Baker, The Kosher Baker, and The Healthy Jewish Kitchen. She is a contributing editor to kosherscoop.com, as well Joy of Kosher with Jamie Geller, Whisk, and Hadassah. She has appeared on major TV cooking shows, is a frequent TV news guest, and edited the popular cookbooks Kosher by Design Entertains and Kosher by Design Kids in the Kitchen. Shoyer lives in Chevy Chase, MD. 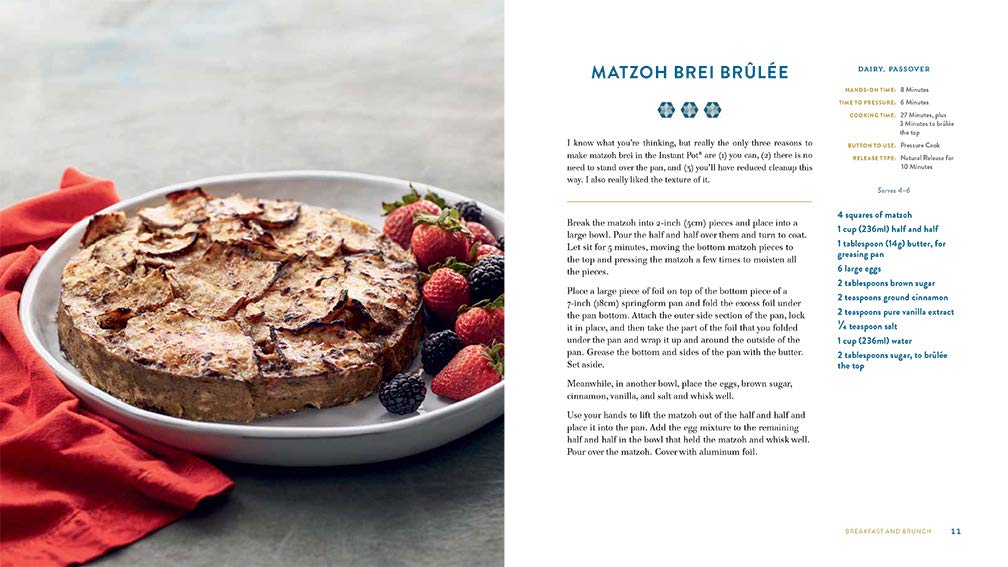