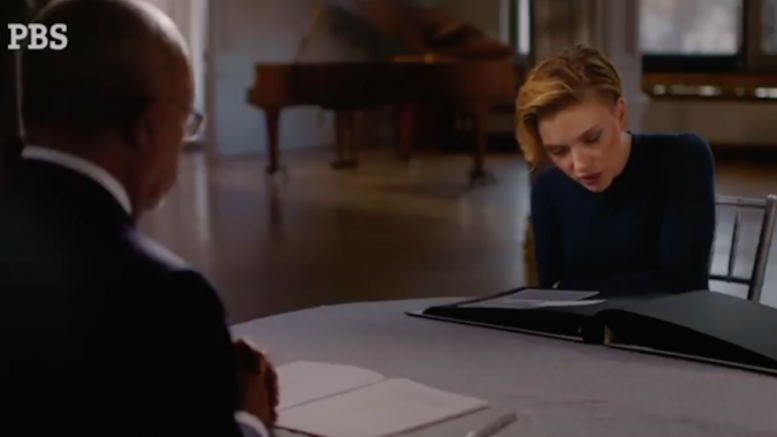 (JTA) — Turns out you don’t actually have to be a guest on Henry Louis Gates’ PBS show “Finding Your Roots” to, well, find your roots.

Gili Rozenfeld, 29, a video editor who lives in Tel Aviv, caught a glimpse of the episode that ran Tuesday on Israeli TV showing actress Scarlett Johansson tearing up when she learns of ancestors who died in the Warsaw Ghetto.

Rozenfeld immediately dialed her mom, Dina, in California and her big sister, Michal, in New Jersey and told them to watch the episode.

They did. And like Johansson, they welled up, but not because they discovered a relative who was a big Hollywood star.

“We were overwhelmed that we had any relatives at all,” Michal Rozenfeld told JTA.

On the phone Michal, 42, a designer of children’s clothing who lives in Hoboken, said there was no doubt that the Szlambergs that Johansson read about on screen were her ancestors, too.

“There aren’t many Szlambergs” near Warsaw, Michal said.

Michal and her family grew up hearing stories — and names — from their grandmother.

“She told the entire family how she missed everybody and would like to have had family for the holidays,” Michal said. “We knew that they [Zlata and Mandil] existed. We knew that they died in the ghetto.”

However, “We didn’t know [for sure] that there was any other family,” she added. “We vaguely knew there was a great-grand-uncle who moved to the United States, but we didn’t have anymore information.”

Even before this unexpected brush with fame, the family had an interesting history. Grandma Sara Szlamberg Klopot was the second youngest of 10 siblings in Grojec, Poland. She was in love but and it wasn’t her “turn” to get married. So at age 16 or 17 — Michal isn’t certain — she was sent to Palestine to stay with her sister, Miriam.

The move ended the romance — Klopot’s true love died in the war — but ultimately saved her life.

She married Michal’s grandfather, a merchant. The family lived in the Sinai, but was forced to give up its melon farm when Israel signed the peace accord with Egypt. They moved to the Dominican Republic, operating a large farm there, but returned to Israel when it was time for their children to serve in the army.

The extended family is now divided between the United States and Israel — and, apparently, Hollywood.

“It’s been an emotional few days. We couldn’t sleep. We were all very happy. I don’t know if it gave us closure,” Michal said, “but it definitely made us happy to discover that there were more of us that we thought.”

Though their great-grandfathers were brothers, Michal and her family have no plans to contact their A-list cousin.