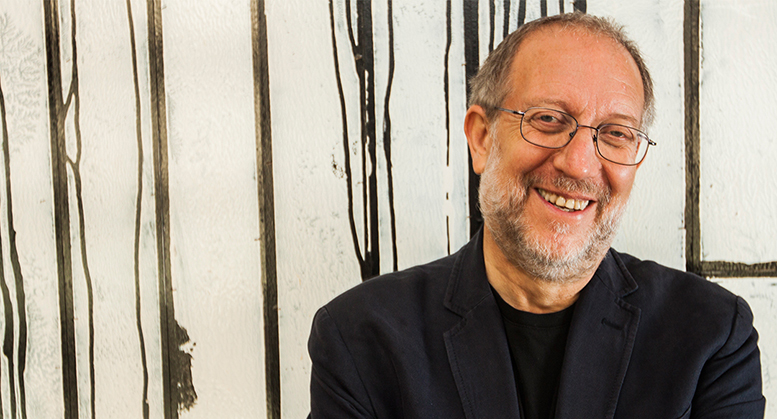 (AJNews) – Those who Zoomed in to the Calgary and Edmonton United Jewish Appeal (UJA) campaign kick off on Sunday, September 19 will no-doubt agree that the insights provided by author Yossi Klein Halevi can be summed up with the Hebrew expression chaval al hazman—shame on the time. Don’t be sidetracked by the seemingly negative literal translation; this accolade pinpoints something so amazing that you only wish you had more time.

Klein Halevi’s nuanced and relatable talk revealed an inspiring personal arc. The former extremist, born and raised in Brooklyn and now living in Israel, joined the Jewish Defense League (JDL) as a young man, later eschewing violence when he realized it does not work.

All this was happening during the 1970s, the same time UJA campaigns everywhere were proclaiming We are One as their annual fundraising campaign slogan.

We probably weren’t “one” then and we certainly aren’t “one” now. We struggle to bridge divides in politics, philosophies and religion and retreat to our various echo chambers, particularly when it comes to discussion of the Middle East. Given all of that, a campaign event featuring Klein Halevi—an exemplar of civil discourse—was a breath of fresh air.

Prior to the main event, Edmonton and Calgary participants joined virtual breakout rooms. Edmonton paid tribute to key community volunteers including long-time Edmonton Partnership Together (P2G) co-chair Ivan Steiner, who has played a major role is creating and sustaining a bridge between Edmontonians and their peers in Israel’s northern Galilee region through UJA-supported projects.

While OPH is no longer in community hands, the proceeds of its sale have been invested in an endowment that will help to fund activities of Jewish Federation of Edmonton in perpetuity.

In Calgary’s campaign video, community members poignantly described how UJA dollars have impacted them. Prominent among the voices were young adults like Jordyn Wright, the Edmontonian who served as assistant director and medic at Camp BB-Riback this past summer.

Wright, a student at McGill University, later introduced Yossi Klein Halevi, whom she met in Israel while participating in a Face to Face trip to Israel organized by Hillel Montreal. Klein Halevi’s Letters to my Palestinian Neighbour was part of the pre-reading for the trip, allowing students to form a “headspace” before their encounters with Arab and Jewish Israelis, Wright said.

Yossi Klein Halevi spoke of the danger in extremes and the need for Jews and Palestinians – as well as Israeli and diaspora Jews – to engage one another in open and nuanced discussion, especially with those who hold differing views.

A Senior Fellow at the Shalom Hartman Institute in Jerusalem, Klein Halevi co-directs the organization’s Muslim Leadership Initiative. His Letters to my Palestinian Neighbour was a New York Times best seller that garnered favourable reviews, most notably in Saudi Arabia and Morocco.

Raised in a Holocaust survivor family, Klein Halevi cut his teeth in the right-wing Beitar movement before joining the JDL. His first book, Memoirs of a Jewish Extremist, illustrates how he and other youth of his generation were easy pickings for extremist Rabbi Meir Kahane.

“These were the years of the Soviet Jewry movement….It was also the years immediately after the Six-Day War and, finally, it was the 60s….a time when violence was culturally celebrated….You were not considered to be a seriously aggrieved minority unless there was some violent component to your protest. And so Meir Kahane came along and offered my generation a shortcut to what we thought at the time was a profound response to the Shoah.”

The illusion shattered in 1972, when friends of his threw a smoke grenade into the offices of a promoter who was bringing Soviet cultural acts to the United States. A young secretary died as a result.

Though it took a while, it dawned on Klein Halevi that the violence was not symbolic and abstract, that it caused real suffering. He says he crossed the border between childhood and maturity when he left extremism behind him.

In his book Like Dreamers Klein Halevi later told the intersecting stories of seven paratroopers who liberated Jerusalem during the Six-Day War. Some went on to be leaders in the right-wing settler movement; others built the peace movements of the left.

Commenting upon Klein Halevi’s choice to plumb the experience of each paratrooper without editorializing, Shore asked whether Klein Halevi is similarly motivated in his efforts toward dialogue and understanding with those who do not share his views.

“I made Aliyah in the summer of 1982…a very crucial turning point for Israel,” responded Klein Halevi.

“[The First Lebanon War] was a war that deeply divided Israel….Landing into that schism and becoming an Israeli at one of the most disorienting moments in Israel’s history forced me to pay attention to the debate.”

Klein Halevi says he had two choices: to choose a camp or to listen.

He listened and discovered that he agreed with—and internalized—the arguments of both left and right.

“I agreed with the left that a long-term occupation is a disaster for Israel,” Halevi said.

“But I also heard the argument of the right, which is How can we possibly make peace with a Palestinian national movement that rejects our legitimacy, that denies our historical rootedness in this land, that rejects a Jewish majority state in any borders.”

“A one-dimensional identity can only hold one single truth about Israel in your mind at a time… A multi-dimensional Jewish identity embraces complexity,” Klein Halevi said.

“Part of the frustration that I feel about Israeli-diaspora relations and where we are heading is that we no longer really speak the same language on Israel,” added Klein Halevi.

“As a centrist I would say that we need to stop expanding settlements, we need to reach out to the Palestinians…we need to certainly deal with issues of the Palestinian economy, but we also need to be free of the left-wing illusions that peace is possible any time soon. It’s not.”

In Letters to my Palestinian Neighbour Klein Halevi hoped to capture the attention of Palestinian intellectuals “with whom [he] could model a different kind of conversation.”

In his subsequent 2019 edition of Letters, Klein Halevi included an epilogue titled ‘Letters from Palestinians to their Israeli Neighbour’ in which he gave the “last word” to those who had responded to the book.

“I found some wonderful partners on the Palestinian side with whom I disagree about many, many things, but with whom I agree about one crucial point which is that…between the Mediterranean and the Jordan river, there are two indigenous peoples, and both of these people need to find sovereignty and security in this little land,” Klein Halevi said.

In addition to Palestinians, Klein Halevi’s intended audience included other Arabs in the Middle East, fellow Israelis and diaspora youth.

Klein Halevi addressed some of the reasons that the latest hostilities in Israel have led to shocking levels of anti-Israel sentiment in the streets and social media of the diaspora.

“It was the convergence of the loss of our credibility as reluctant occupiers coupled with the need to fight what is an ugly asymmetrical conflict that I think really made this conflict different in the diaspora,” Klein Halevi said.

Cultural changes, especially in the US, have led to liberalism becoming progressivism, says Halevi, adding that the language of progressives is “simplistic, intolerant, in some sense totalitarian . . . . a very uneasy reflection of what is happening on the American right.”

The rise of progressivism has brought back what Klein Halevi refers to as “the American Jewish whisper.” While he was coming of age in the 1960s and 1970s, Jews lowered their voices when speaking in public spaces about anything Jewish. They lost the whisper in the 1980s and 1990s as they became more confident in their Americanness, Klein Halevi said.

“What progressive anti-Zionism is doing, is in effect restoring the American Jewish whisper in a different context. Your entry into American progressive society is conditional on you becoming a certain kind of Jew that conforms with their idea of what a good Jew is supposed to be.”

Klein Halevi alternates between despair and hope when it comes to the question of a peaceful co-existence between Israeli Arabs and Jews.

Much hinges on the creation of “a shared civic identity,” he says.

“The moment we abandon that dual commitment to those two identities, to Jewishness and Israeli-ness, and choose one or the other… that’s the moment to really start worrying about the future of Israel.”

Klein Halevi stresses that Jews in both Israel and the diaspora “need to develop two languages on Israel. One is an externally directed language against those who are trying to criminalize Israel, trying to treat Israel as the world’s arch-criminal.”

At the same time, Jews in Israel and the diaspora “owe our friends an explanation, a moral reckoning,” Klein Halevi said. “It requires knowing when we need to be unapologetically assertive about the Israeli position and when we need to be reflective and introspective and acknowledging where we’ve contributed to this tragedy.”

We may not be “one” when it comes to our political philosophical and religious views, but we can and must come together for the difficult but crucial conversations to which Yossi Klein Halevi devotes his efforts. The respective Calgary and Edmonton campaign slogans—Together we are Community and Here for Good—capture the proud history of an Alberta Jewish community dedicated to community building and self-sufficiency locally, nationally and internationally.

Na’aseh v’nishma – we will do and we will hear. Support UJA as generously as you can. And then let’s talk but, more importantly, let’s listen to one another in all our glorious diversity.