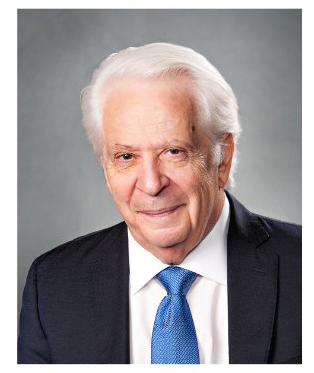 (AJNews) – The Jewish Archives and Historical Society of Edmonton and Northern Alberta is holding a special brunch on Sunday, June 26 at the Fantasyland Hotel with Dr. Eric Schloss as the speaker.

The topic of Dr. Schloss’ presentation is “The history of Vilna Ghetto – including the memoirs of Paul Kagan z”l.”

Kagan OBM was born in Vilna, Lithuania on December 24, 1926. He survived the liquidation of the Vilna ghetto but his entire family was massacred at Penar. After surviving the hardships of ghetto life and several forced labour camps, Kagan met his wife Clara at a Displaced Persons camp in Italy. In 1948, Paul and Clara, along with many other orphaned Jewish refugees, were admitted to Canada and eventually ended up Edmonton.

Paul, who passed away in 2008, devoted his later life to educating young people about the horrors of the Holocaust and the need to fight against racial intolerance. He recorded a narrative of his time imprisoned in the ghetto in Wilno, Poland (now Vilnius, Lithuania). This moving text recounts Paul’s experiences as a teenage Holocaust survivor in the period from 1939-1948, before his move to Edmonton. It also contains an account of his emotional return in 1993 to his birthplace and the site of the murders of his parents.

Dr. Eric Schloss is a member of the Order of Canada and has helped individuals and communities in Canada and abroad through various humanitarian and philanthropic endeavours. He supports a number of institutions focused on protecting human rights and on helping students, the homeless, immigrants and Indigenous Canadians. A medical specialist in pathology and dermatology, he has taken part in projects that provide vulnerable populations in Africa and Haiti with access to improved education and health care. He also founded the University of Alberta’s Canadian Literature Centre, and donated over 40,000 books to its collection and to other on-campus libraries.

Be the first to comment on "JAHSENA brunch to feature presentation by Dr. Eric Schloss: June 26"