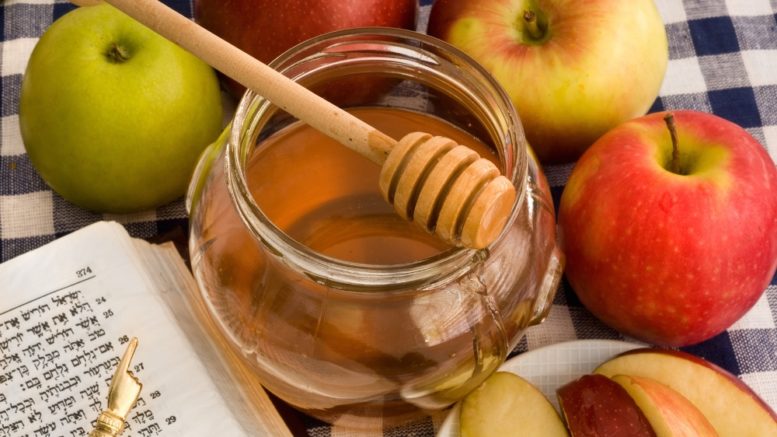 (JTA) — During the High Holidays, I always make my family’s recipe for a dessert called turte, which is similar to Greek baklava. Rather than walnuts, however, it’s made with almonds and drenched with a thick sugar syrup instead of honey.

Turte is a specialty from the eastern part of Romania called Moldavia, where my grandparents were born, and is sometimes made with thin pancakes. My grandma made it with strudel dough.

I recall watching her make her own dough for this dish, as well as her fabulous potato strudel, laying the paper-thin dough across the entire kitchen table. I did that once — then switched to store-bought.

There was a time when I could find authentic strudel dough, but these days I use phyllo, which is not exactly the same (it’s thinner and more papery), but still absolutely fine. And it’s a whole lot easier.

This is such a wonderful treat, whatever your background. It’s sweet, crumbly and tender, and the fragrance of cinnamon is enchanting. The original recipe did not include orange peel, but I think it gives the cake a refreshing quality.

Make the cake: Preheat the oven to 350 F. Layer half the phyllo dough in a 9-inch square baking pan (or use a 9-by-13-inch pan), brushing with half the melted butter and scattering crumbs between layers.

In a bowl, combine the chopped almonds, 2 tablespoons sugar, orange peel, cinnamon and nutmeg. Place the nut mixture over the layers of dough.

Cover the nut mixture with the remaining phyllo leaves, separating them as above with melted butter and crumbs.

Brush the top layer with the last of the melted butter. Score the dough with the tip of a sharp knife into squares or rectangles.

Bake for 30 minutes. Raise heat to 400 F. and bake for another 15-20 minutes, or until the top is golden brown. Remove from the oven and set aside.

Make the syrup: Combine the 3/4 cup sugar and the water in a saucepan. Bring the mixture to a boil, stirring only until sugar dissolves.  Cook at a boil for a few minutes until the liquid has thickened, but do not let it become caramel colored.

Remove the pan from the heat and stir in the orange flavoring. Pour the syrup over the warm cake.

Let the cake cool and cut it into pieces where you have scored the top. Makes 8-12 servings.