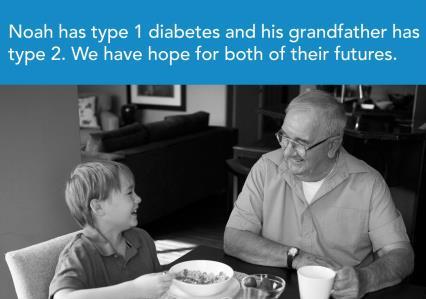 The Alberta Diabetes Foundation was formed 27 years ago, funding the first successful islet transplant when other organizations refused to do so. With the success of that in hand, the Alberta Diabetes Foundation then funded the next 12 years of clinical trials for islet cell transplantation in Edmonton. What the dedicated team perfected over that decade of research and transplants is what we now know as the “Edmonton Protocol” – the international standard of care for islet-cell transplantation. If not for our Foundation’s initial investment in this ground-breaking, innovative process, the work resulting in the Edmonton Protocol would never have been funded and thousands of Canadians with diabetes would not be living insulin-free today. 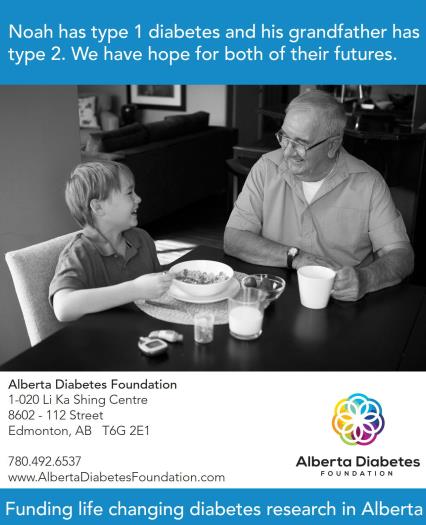 Our successes as a Foundation have been built from a strong base of supporters in Edmonton and throughout Alberta. Despite being a small organization, the Alberta Diabetes Foundation funded $1.42 M in research and programming in Alberta in 2014/15 – a significant amount of investment in diabetes research anywhere. The research and programing that the Foundation currently delivers in Alberta is changing Albertans lives, including: basic research progressing to clinical trials, type 1 islet cell research, type 2 diabetes management, as well as diabetes education.

Diabetes is on an alarming rise across all demographic segments in Canada.  In November 2015 it was reported that Canada has among the highest rates of diabetes among 34 developed countries.  In Alberta alone, it was estimated that 288,000 people were living with Type 1 or Type 2 diabetes in 2015.  By 2025, the number of diabetic Albertans is projected to reach 439,000.  One in four Albertans currently knows someone living with diabetes or pre-diabetes; it is safe to say that diabetes has touched us all in some way. Whether we are personally affected, know someone who is affected, or recognize the financial burden this devastating and chronic disease is placing on our health care system – diabetes has become an epidemic that needs significant attention.

The Alberta Diabetes Foundation has pledged a $3 Million commitment to fund life-changing research right here with the University of Alberta.  With 60 world-class diabetes scientists and 400 technicians and graduate students working diligently every day in their labs, we remain convinced that the cure for diabetes will ultimately be found right in Alberta.  Working together, the legacy of diabetes research excellence in Alberta can continue well into the future.

Every dollar makes a difference.  Please join us in achieving our vision of “A World without Diabetes” by donating to the Alberta Diabetes Foundation today.