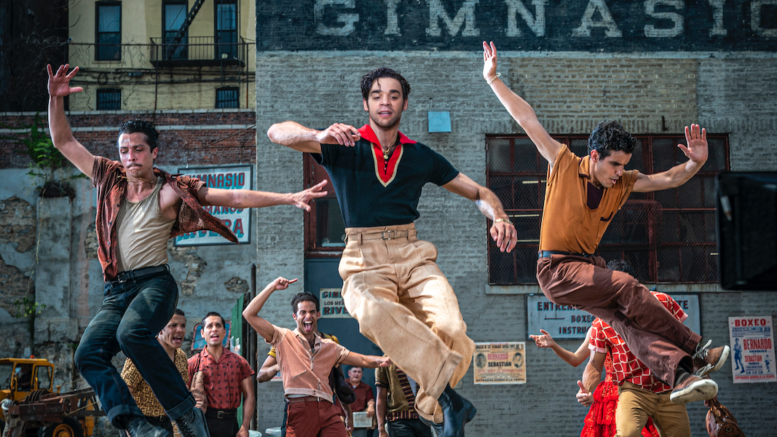 (JTA) — Golden Globes fans may have noticed something different this year: The annual entertainment awards were not announced on TV, and not for COVID-19 reasons.

NBC dropped the broadcast over the Hollywood Foreign Press Association’s diversity problem — none of the 87 members of the Globes’ awards body are Black.

(The one celebrity to release a video referencing involvement in the awards this year was Jewish actress Jamie Lee Curtis, who highlighted the HFPA’s charity efforts.)

But the winners were still announced Sunday night, mostly via Twitter and press releases. And they still may offer a hint at the likely winners at this year’s Oscars, set to take place March 27.

Steven Spielberg didn’t add to his crowded shelf of best director awards, but his remake of “West Side Story” won best comedy or musical film, and multiple actresses from the movie won Globes, too. A now-deleted tweet from the Globes declared, “If laughter is the best medicine (‘West Side Story’) is the cure for what ails you” — even though the musical is, famously, a tragedy.

(Speaking of diversity issues, Jordyn Haime wrote last month about the story behind the original film and stage show — and the difficulties of white Jewish Americans seeking to capture the Puerto Rican experience.)

Andrew Garfield, the Jewish star of “tick, tick…BOOM!”, won best actor in a comedy or musical for his portrayal of Jonathan Larson, the Jewish musical theater writer behind “Rent”, who died the night before the show’s first performance.

HBO’s “Hacks,” about a young comedy writer who ends up working for a Joan Rivers-type comedy legend, won best TV comedy or musical series. Hannah Einbinder, the proudly Jewish actress who stars as the young comedienne, was nominated for best actress in a comedy or musical show — but lost to her co-star Jean Smart.

Also on the losing front, Paul Thomas Anderson’s film “Licorice Pizza,” which celebrates a turning point in how pop culture views Jewish women, had scored several nominations — including one for breakout Jewish actress Alana Haim, of the pop band Haim — but lost in each category.

Be the first to comment on "Golden Globes 2022: Andrew Garfield, and Steven Spielberg’s ‘West Side Story,’ win big"