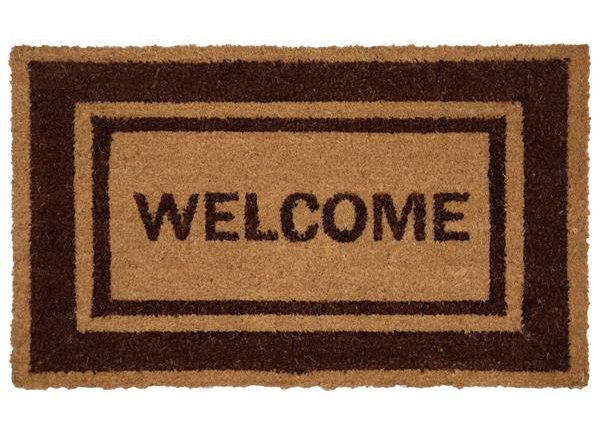 (AJNews) – The Talmud tells of a visit by Rav Huna bar Nathan to the home of Rav Naḥman bar Isaac. During his visit, the guest did a number of things that dismayed his hosts. For instance, when offered an honourable seat at dinner, he accepted it immediately without the self-effacing refusals that were considered the appropriate etiquette for such offers.

When asked afterwards to explain his apparent violations of the norms of civility, Rav Huna was able to cite reasons or proof-texts to justify each one. As regards his immediate acceptance of his seat he cited a rabbinic tradition that “You should do whatever the master of the house tells you to do – except leave!”

As Rashi remarked, a version of that tradition is found in the rabbinic treatise Derekh Eretz Rabbah, an ancient guide to social etiquette. In that work, the advice about following the host’s directives was attached to an anecdote about guests who dropped in on Simeon ben Antipatros. When Simeon insisted that they partake of food and drink, they excused themselves by taking a vow in the name of the Torah not to eat anything. Eventually, however, they relented – and the host punished them with lashes for violating their vow.

The report of Simeon’s cruel treatment of the visitors provoked indignation among the sages who were unaware of the full circumstances of the affair. Rabbi Joshua volunteered to investigate. Arriving at the scene, he exchanged polite greetings with Simeon ben Antipatros, who offered him lodging. Rabbi Joshua discerned no sign of the cruelty that had been imputed to his host. As he was making his departure, upset that he had failed in his mission, he turned and asked Simeon directly why he had been treated with gracious hospitality whereas the previous visitors had been flogged. The host explained that they had desecrated a vow made in the name of the Torah, citing a tradition of the sages that this grave transgression is punishable by lashes. Rabbi Joshua assented vigorously that they deserved to be punished additionally for violating the rabbis’ directives! (According to one manuscript, however, Rabbi Joshua imposed lashes on the host.)

Now this text is extremely puzzling. How does the story serve as an illustration of the need to obey the host’s instructions? After all, the guests who accepted the invitation to eat and drink were ultimately whipped!

Several commentators struggled to resolve the difficulties. For example, Rabbi Yom Tov Lipmann Heller suggested plausibly that what had induced the guests to make the troublesome vow was their determination to resist Simeon’s urgings; but they could have avoided their predicament altogether had they simply consented from the outset to partake of the offered food.

The attention of more recent commentators has focused principally on a different aspect of Rav Huna bar Nathan’s statement, namely the clause about ignoring a host’s command to leave. This stipulation seems irrelevant to the context, and its meaning is obscure. Rabbi Samuel Edels (Maharsha) attested that he had seen a carefully edited text of the Talmud in which the problematic words were deleted and noted that Rashi says nothing about them. He agreed that this makes sense. After all, “is it really reasonable to command a person to remain in a house in defiance of the master’s objections?” Indeed, the phrase is missing from almost all the Talmud manuscripts and is not mentioned or discussed by any of the medieval commentators.

Maharsha proposed that the problematic words might be interpreted in the sense of “Do whatever the master of the house tells you, for as long as you are dwelling with him you are obliged to submit to his instructions. However, as soon as he tells you to leave, he is no longer considered your host and you are no longer required to listen to him.”

Rabbi Joel Sirkes offered a cogent interpretation of Rav Huna’s advice, as setting a limit to the obedience expected from a guest: As long as it is an activity that is performed in the house, then it is reasonable, but to send a guest to conduct one’s business in the marketplace would be excessive and demeaning. Other authorities linked it to a passage elsewhere in the Talmud where it stipulates that a guest should remain in his lodging until the innkeeper actually resorts to violence or starts throwing out the guest’s clothing.

A remarkable insight by Rabbi Judah Leib Alter in his Sefat Emet connected the statement to the tragic legend of Kamṣa and Bar Kamṣa in which the ejection of an unwanted guest from a banquet set off a chain of events that degenerated into the destruction of the Second Temple. Originally the rabbis’ taught that guests should leave at the host’s insistence, but this was emended in the wake of that catastrophe, and this gave rise to a revision of the Talmud text so as to advise against leaving a social gathering.

Some teachers, like Rabbis Jacob Reischer and Elijah de Vidas, interpreted the statement as a parable in which the “master of the house” symbolizes the Almighty. Accordingly, you ought to obey him – except where he seems to be rejecting you altogether. As de Vidas stresses, in spite of apparent declarations to the contrary, the Master really desires that even “irredeemable” sinners repent and strive to remain in the house of the Lord.

Rabbi Yom Tov Lipmann Heller explained the words “except leave” as a witticism intended to lighten the tone of the confrontation between Rav Huna and his questioners by playfully suggesting that, had Rav Huna not seated himself immediately, he would have been expelled. In modern Hebrew the expression has taken on the status of a witty rejoinder to requests from hosts, analogous to such English catchphrases as “You can call me anything, but don’t call me late for dinner.”

And now that I’ve said my piece, I think that I’ll just make like a tree and – well, you can probably figure out the next step.

Be the first to comment on "From the Sources: Overstaying your welcome"