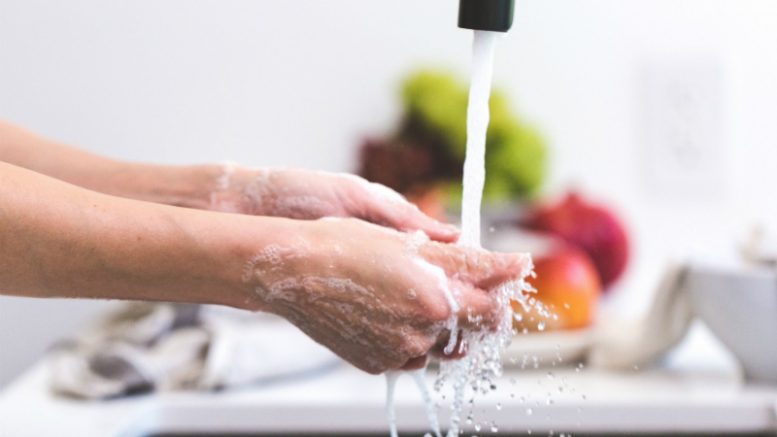 (AJNews) – As I sit here at home in self-isolation, following my return to Canada from an abbreviated visit to Israel, I find myself intrigued by the phenomenon of quarantines.

Jewish tradition speaks of several situations when persons are required to dwell in solitude for designated time-periods.

According to the Mishnah, the High Priest was sequestered for the week preceding the Day of Atonement as a precaution against becoming ritually impure in a way that would prevent him from fulfilling his duties on the holy day. The most severe level of defilement, that deriving from contact with a corpse, requires seven days to complete its purification procedures, and hence that was designated as the period of his separation.

Similar considerations account for the High Priest’s week-long separation prior to the elaborate ceremony of preparing the purifying ashes of the red heifer. This precaution is consistent with numerous stringencies that the sages introduced to that rite in order to maintain the highest standards of purity. The consecration of the priests in Moses’s time also required a seven-day confinement in the tabernacle.

In the above examples, the social distancing was not really comparable to quarantines that are imposed in cases of infectious diseases. For a more pertinent analogy we may refer to the Torah’s detailed procedures for dealing with the phenomenon of “ẓaraʿat,” an affliction that is usually translated “leprosy” but whose symptoms do not match the medical definition of Hansen’s disease—and in fact includes various growths on garments and walls that have nothing to do with physiological leprosy. The Torah approaches the topic from the perspectives of ritual purity and the roles of the priests, not as medical treatment.

There are two principal stages of quarantine for ẓaraʿat. The first (“hesger”) is for purposes of observation, in order to determine whether or not the symptoms are serious. The patient is confined to home for a week to establish whether the visible signs are spreading. Rabbis Abraham Ibn Ezra and Joseph Bekhor Shor explained that the designation of a week for the observation is because that is how long it takes to recognize when symptoms have undergone significant or lasting changes. If there has been an observable expansion of the symptoms, the patient is declared “confirmed” [“muḥlaṭ”] and is subject to a more rigorous isolation outside the camp until the symptoms diminish. Presumably this is intended to prevent spreading the infection to others.

The Torah’s ẓaraʿat does not fit any known medical condition. For this reason, several Jewish commentators who would otherwise strive to interpret scripture on its own terms were impelled here to explain ẓaraʿat  as a supernatural plague that was divinely imposed as a punishment for sins. This approach was preferred by a diverse group of exegetes including Rabbi Samuel ben Meir (Rashbam), Maimonides, Don Isaac Abravanel and others who expounded ẓaraʿat and its treatment as a divine retribution for evil speech and informing.

There were nonetheless several medieval Jewish exegetes who preferred to explain the afflictions as clinical diseases whose prescribed treatments were grounded in medical science. Thus Gersonides, when describing the prophet Elisha’s successful cure of the Syrian general Naaman, assumed that the disease in question was actual leprosy, and that the prescribed treatment of immersion in the waters of the Jordan was founded on a valid medical concern to reduce the noxious fever that was overpowering the body’s healing warmth.

A similar approach underlies the comments of Ibn Ezra. With reference to the Torah’s requirement that the ẓaraʿat patient “shall put a covering upon his upper lip,” Ibn Ezra observed that “the reason is so that he should not infect others with his breath.” No doubt, Ibn Ezra would be careful to wear a respirator or face mask in our current pandemic. In a similar vein, he commends the Torah’s requirement that victims broadcast their approach by calling out multiple times “Unclean! Unclean!”: “Sometimes the person will have to repeat the call several times when passing through a populated neighbourhood, to ensure that people will take precautions to avoid physical contact.”

Rabbi Nissim of Marseilles, the fourteenth-century author of a rationalist commentary to the Torah, repeated Ibn Ezra’s explanation (albeit without attribution) and provided an explicit medical rationale: “All of this is because ẓaraʿat is an infectious disease, and those who have contracted it can harm others by means of the exhalations emanating from the nose and the vapours from the mouth.” Bekhor Shor also wrote that distancing is necessary because the illness would otherwise propagate through one’s social network.

Another Provençal rationalist, Rabbi Levi ben Abraham (c. 1245–c. 1315), had an even more spirited argument for respecting the quarantines regarding contagious illnesses. He invoked the words of Deuteronomy: “Take heed of the plague of ẓaraʿat, that thou observe diligently and do according to all that the priests the Levites shall teach you.” This fervent admonition reflects how harmful that disease is in all respects, “for it is a grievous illness, extremely contagious and communicable.”

But that’s not all. Scripture goes on to state, “Remember what the Lord thy God did unto Miriam.” Conventional commentators took this as a reminder that Miriam was afflicted with ẓaraʿat for slandering or speaking critically about her brother Moses. Rabbi Levi, on the other hand, derived from it a lesson that is strikingly relevant to our present situation: We do not allow exceptions for any individual, no matter how well-connected. “Remember that when Miriam was afflicted with ẓaraʿat, God commanded that she be removed outside of all three camps and placed in quarantine—even though she was the sister of the ‘king’.”

This, my friends, means you. Viruses have no respect for social or economic entitlement. So too, the regimens for fighting them must be followed with equal rigour by each and every one of us.

Eliezer Segal is a Local Journalism Initiatives columnist based in Calgary Alberta.

Be the first to comment on "From the sources: Notes from outside the camp during a pandemic"