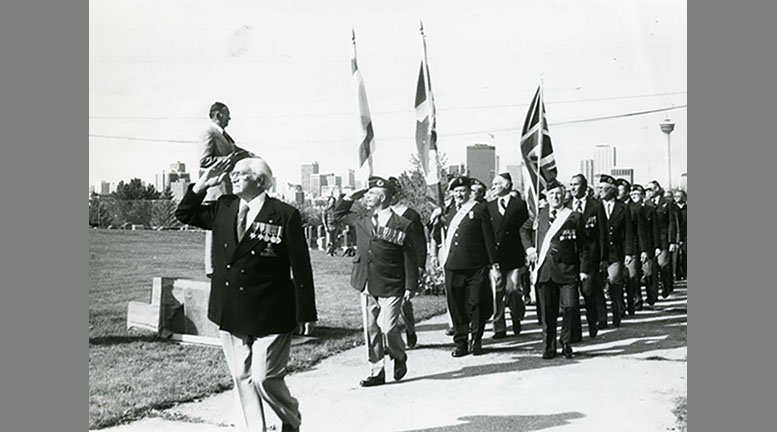 Submitted by the Jewish Historical Society of Southern Alberta

(AJN) – Editors Note: Jewish Historical Society of Southern Alberta is honoured to be the official repository for the Jewish War Veterans of Canada, Calgary Post No.2, which ceased operations in 2014.  This article was originally published in their Bulletin, in February 1980.

(February 1980) – Some 300 Jewish War Vets in the Calgary vicinity provide the membership potential for our local Post.  A drive is presently underway to build our membership.  Annual dues are $15.

Eligible for JWV membership are men and women (Canadian natives and resident immigrants) who served in the Canadian Armed Forces, as well as in Allied and Israeli Military during times of peril.  It also includes those who covertly fought for democratic principles in the Underground during the occupation of their respective countries by the common enemy.

Now, the same people, through JWV, continue to stand in the front lines of the on-going battle to safeguard the principles and ideals for which they fought and suffered human rights, the dignity of man and freedom to live in peace and happiness.

JWV encourages honourary memberships from those who wish to support our effort, even though they do not have the previous requisite military affiliation.

We urge your response with cheque and encouragement when you are billed for your dues.  Better yet, don’t wait to be billed.  Take the initiative and forward your dues to members of our Post executive.  Or still better, lend a hand in enrolling members for JWV.

Be the first to comment on "From the archives of JHSSA: A historical look at Calgary Jewish War Veterans (1980)"