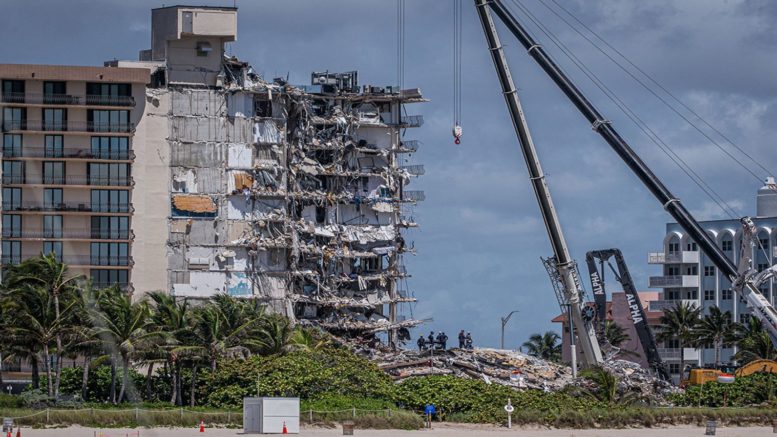 (JTA) — Officials heading the search and rescue mission in the Surfside building collapse told families on Wednesday July 7 that they have given up hope of finding survivors and are switching to recovery, The New York Times reported.

“Just based on the facts, there’s zero chance of survival,” The Times quoted Ray Jadallah, the assistant chief of Miami-Dade Fire Rescue, as telling the families of the missing in a private briefing.

Champlain Tower South in the town of Surfside, Florida, collapsed in the early morning on June 24.

As of Wednesday, the death toll stood at 46, with 94 people unaccounted for. Chabad-Lubavitch has estimated that about 40 of the dead and missing are Jewish.

The Jewish Telegraphic Agency has compiled accounts of the lives of the missing and the dead.

A likely dilemma will be how to account for and mourn the Jewish dead who may never be recovered — a problem that arose in the 9/11 terrorist attacks in 2001.

Be the first to comment on "Florida searchers tell families there are no survivors, report says"