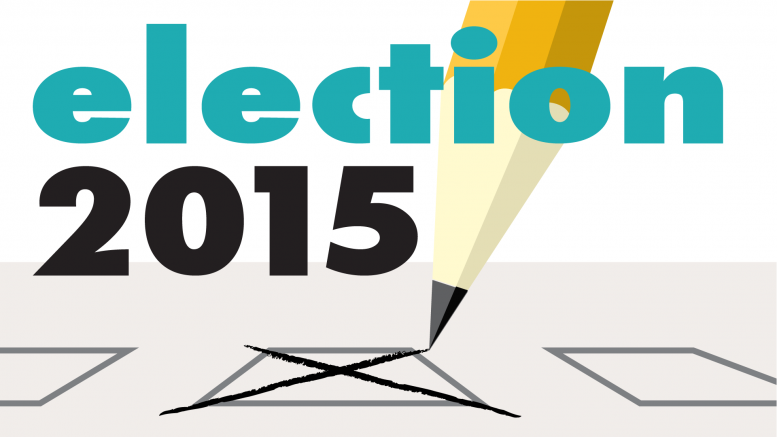 An all party candidates forum will be held at Beth Shalom Synagogue on October 8 at 7 pm, co-hosted by Jewish Federation of Edmonton.

(EJNews) – With the clock ticking on the October 19 Federal Election, we as Jews and Canadians are reviewing all the issues to make the most informed choice about who should lead our government. We have an opportunity and a challenge to elect the next leader, party and Member of Parliament to speak on our behalf in Ottawa.

Beth Shalom Synagogue and the Jewish Federation of Edmonton are co-hosting an important forum to introduce the candidates to our community and help them make an informed decision.

The entire Jewish community has the opportunity to hear from candidates from all parties about the issues that matter to all of us, including social justice, foreign affairs, our domestic economy, Canadian multiculturalism, and our relationship with Israel.

Confirmed for the Candidates Forum, are the following nominees from the Edmonton Centre and Edmonton West Ridings:

We are fortunate to have CBC personality, Neil Grahn moderating this forum. He is an actor, writer, director and Genimi Award winning producer.

There is no fee for this event; however, a $5-10 contribution is encouraged to help those who are dealing with the unfolding refugee crisis in the Middle East, North Africa, and Europe. Monies collected will be sent directly to Lifeline Syria – a grassroots organization of concerned citizens that has been established to help those interested in sponsoring Syrian refugees. Several Jewish organizations around Canada have been working closely with Lifeline Syria.

Don’t miss this rare opportunity to meet the candidates. 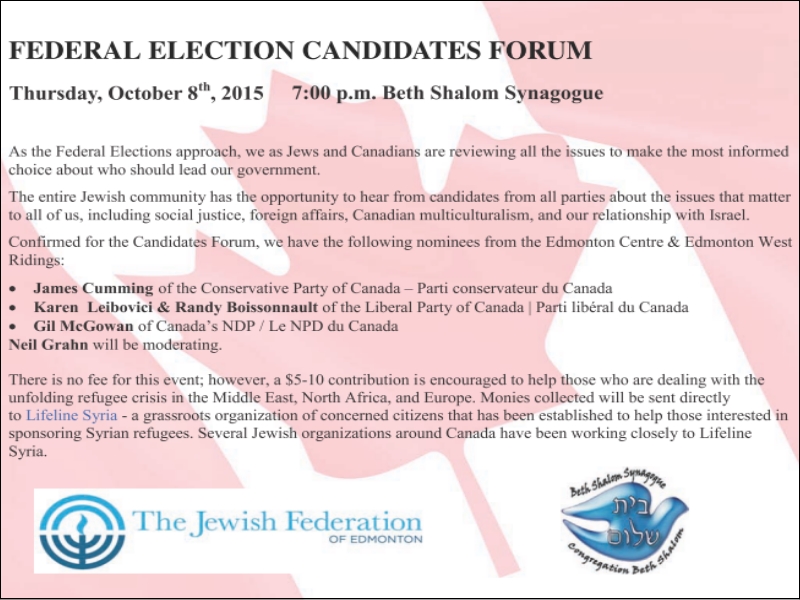