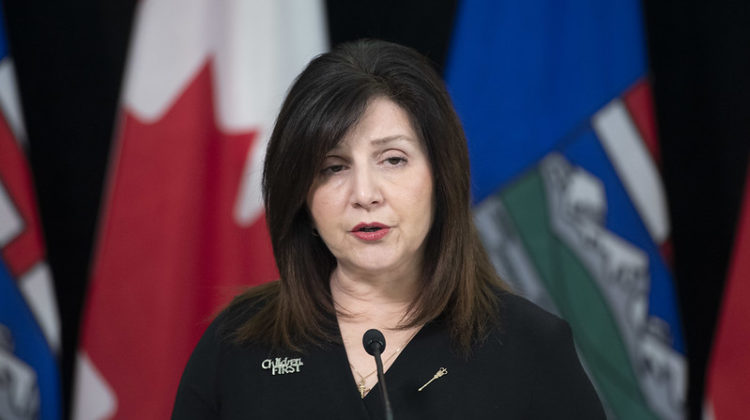 (AJNews) – Alberta’s Ministry of Education has disavowed and deleted a document from its website that encourages educators to portray positive aspects of Nazism, as well as settler Canadians’ treatment of Indigenous peoples.

The ministry’s Guidelines for Recognizing Diversity and Promoting Respect, which is dated January 2020 and can still be seen on the Wayback Machine, recommends class resources provide “both the positive and negative behaviours and attitudes of the various groups portrayed.”

As an example, it asks whether a video that depicts Nazi atrocities in the Second World War also acknowledges that prior to the war, the “German government’s policies substantially strengthened the country’s economy.”

Additionally, the same section suggests resources that “dwell on the mistreatment of FNMI (First Nations, Métis and Inuit) people by Caucasians” should also include examples of non-Indigenous people who opposed these policies.

“Without omitting or glossing over the many instances when members of one group have cruelly wronged persons of another group, the resource should attempt to provide some balance by presenting factors causing the behaviour or portraying positive qualities exhibited by members of the group that have acted inappropriately,” the document reads.

On Twitter, Education Minister Adriana LaGrange said on Nov. 12 that the document “contains extremely disturbing and completely unacceptable views,” and denied she, nor anyone at the ministry, had seen the official document that is labelled as having been created by Alberta Education.

“To be clear, this document has nothing to do with the curriculum process and the content dates back to some years ago. Under no circumstances would my office approve horrendous content like this being taught to Alberta students,” she added.

Earlier that day, Friends of the Simon Wiesenthal Centre said it wrote to LaGrange asking for the content to be removed.

“It is shocking that the Alberta Ministry of Education would consider the genocidal Nazi regime as a good example of a group that had positive behaviours, given Nazis murdered six million Jews and millions of others, in addition to completely destroying their country because they initiated a war,” FSWC president Michael Levitt, a former Liberal MP, said in a statement.

The Centre for Israel and Jewish Affairs (CIJA) publicly called on the government to substantially revise the document.

“Striving for ‘balance’ by minimizing racist & genocidal behaviour is contrary to Canadian values, does a disservice to students, & minimizes the lived trauma of Jews. We encourage @YourAlberta to review and ensure these guidelines meet #Canadian educational standards. #abpoli,” CIJA tweeted.

“This is so out of touch with the reality of the human experiences, the atrocities, the genocide that existed,” she told CTV News.

LaGrange thanked FSWC, CIJA and B’nai Brith for bringing the issue to her attention. Her press secretary Nicole Sparrow explained the terrible oversight. She said, “The content in this document dates back nearly four decades ago to 1984.

“In 2019, following the passing of the Education Act, numerous documents from Alberta Education were updated to remove references from the previous legislation, The School Act to the Education Act. A general review of the document content was not done at that time and at no point did this document come to the Ministers Office for approval. As soon as it was brought to our attention, we took immediate action to remove it.

“To be very clear, the comments contained in the 1984 document were just as wrong then as they are today.”

“Following this incident, we have initiated a review of all documents on Alberta Education website for content, with a particular focus on long standing documents that have not been recently reviewed,” she concluded.

“We are pleased that the Ministry of Education responded quickly to this outrageous situation by removing the document in question, and we thank Minister LaGrange for engaging in conversation with Jewish organizations and denouncing this very troubling material,” said Levitt. “In addition to having the document removed, we urge the Minister to call for a review of how this material made it online and also to ensure that no other disturbing documents are on the Alberta government website.”