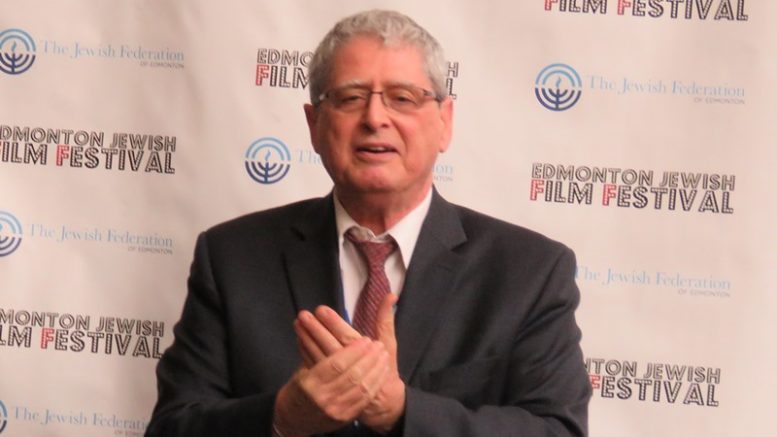 (AJNews) – Hey Alberta film lovers, it’s that time again.  You can start getting excited, and mark your calendars for May 2 – 11, because the Edmonton Jewish Film Festival is gearing up for its 25th anniversary – and the 2021 lineup promises to be a smash hit.

The films selected for this momentous year are as diverse as they are gripping; seven full-length features, four shorts, and two Earl Parker Award winning short-films.  Festivalgoers will be able to take in this audio-visual voyage from the comfort of their own sofas and participate in virtual discussions – and all this, entirely free of charge!

Sam Koplowicz, the Festival’s Chair explained that because of last year’s free virtual delivery, attendees were not limited to Edmontonians. 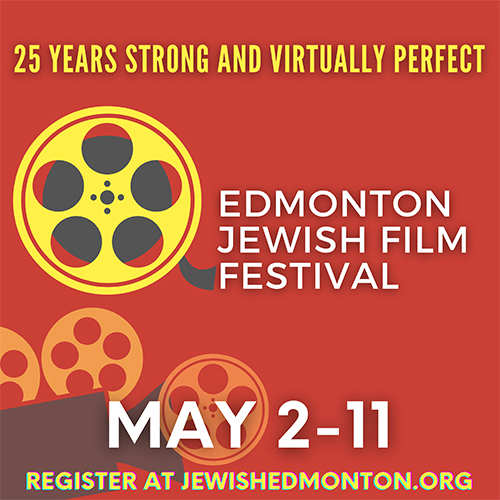 “We had viewers from across Canada, the US, and some from Israel.  We didn’t anticipate another online year, but we have adapted,” remarked Koplowicz.  “I’m focused on the fact that we have seven really interesting full-length films, and some compelling shorts.  We’ve achieved an amazing balance of narratives and documentaries.”

“Last year, to ensure that the Festival happened we needed to make an eleventh-hour pivot,” commented Susan Schiffman, the Director of Development at the Edmonton Jewish Federation.

“Many other festivals were forced to cancel in 2020, while we had our most well attended year to date.”  Schiffman attributes some of this success to last year’s completely virtual festival format, which she believes, was able to engage wider demographic.

“Parents didn’t need to schedule babysitters, they could pause the films if they needed to, while seniors who preferred not to drive downtown were able to attend from home.  So, we had people participating who normally may not have.  Not to mention that we provided all of this for free in order to uplift our community.”

“The Landmark Cinema, the theatre we usually rent, seats 200 people, and with our virtual delivery last year we had something around 5,000 attendees,” explained Koplowicz.

The Jewish Federation is committed to supporting those in need of positive experiences during this tumultuous time.

“People just need to register once,” he noted, “and then they will be able to access all of the films we are featuring, each during a designated ten-hour window.  We will host, what we are calling, Virtual Lobby sessions so that after the film they can still chat about their impressions, just as we would have if we were at the Downtown theatre.”

Schiffman explained that even in isolation people will still be able to experience the robustness of the Edmonton Jewish Film Festival – just with some small adaptations.  “It is our 25th anniversary, so it is disappointing to have some very obvious limitations, but with the success of last year, we are anticipating some record-breaking attendance.”

“We are so lucky, because we have an extremely enthusiastic community,” said Koplowicz with pride.  “The Edmonton Jewish Film Festival is the second most attended community event of the year (after Heritage Festival).”

The Federation will be approaching other community-based groups that may share interest in some of the themes dealt with in this year’s lineup.

“The film we will be showing on the first night of the Festival is called Shared Legacies: The African-American Jewish Civil Rights Alliance,” continued Schiffman.  “When we were previewing films, everyone was especially enthusiastic about this one.”

Koplowicz added that: “Some of us are old enough to remember the Civil Rights Movement, and seeing what an impact American Jews had on supporting these efforts was truly inspiring – this film is a timely addition to this year’s Festival.”

The Federation hopes that their efforts will allow community members to feel a sense of togetherness through a shared, enriching online experience.  Schiffman believes that even when it is possible to organize an in-person festival again, that they may still choose to schedule some virtual content.

“People have asked me if we might consider a hybrid delivery in the future.”

Those who wish to offer their sponsorship to the Edmonton Jewish Film Festival are still encouraged to contribute if possible.  “We hope to cover the costs of delivery, but we are also collecting for the Federation’s COVID Resiliency and Recovery Program.”  The Program would support those from the community adversely impacted by the pandemic and suffering financial strain.  This year’s milestone Edmonton Jewish Film Festival may be free, but those who would like to give, are invited to contact Susan Schiffman at susans@edjfed.org.

To register to watch the Festival, visit JewishEdmonton.org.

Alberta Jewish News extends a hearty mazel tov to the Edmonton Jewish Film Festival on 25 amazing years, and many more to come.  Stay tuned for more updates and announcements from the Festival’s team of dedicated organizers.

Be the first to comment on "Edmonton Jewish Film Festival celebrates 25 years: Save the Date May 2 – 11"