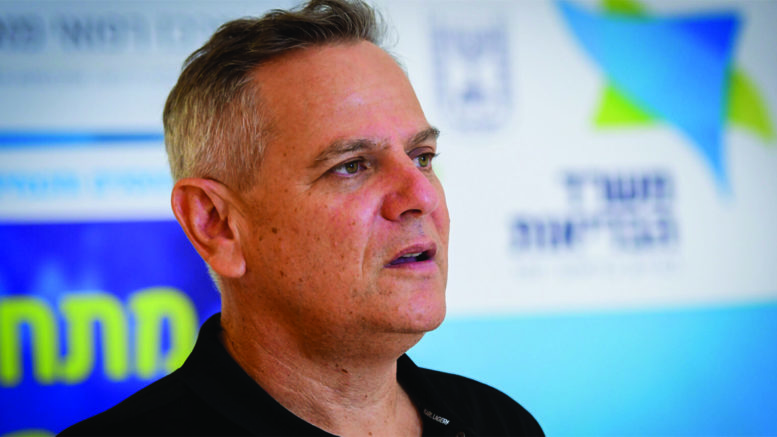 (JTA) — Israelis seeking to end pregnancies will no longer be required to appear before an approval committee, go to a hospital for medication or be asked invasive questions about why they want an abortion.

The regulations fall short of the full abolition of the hospital-based approval committees that Israeli Health Minister Nitzan Horowitz had said he wanted, saying that their existence curtails women’s autonomy even if they approve virtually all requests. Eliminating the committees entirely would require the Knesset to pass a law, a tall order at a time when the government is in disarray.

Still, Horowitz said Monday, the changes show that Israel is moving toward more access to abortion at a time when the United States is rolling it back. He had said in May after a draft of the Supreme Court’s ruling leaked that overturning Roe v. Wade would be “a fatal blow to human rights.”

“The move by the US Supreme Court to deny women control of their bodies is a backward move, oppressing women and setting back the leader of the free and liberal world by a hundred years,” Horowitz said in a statement Monday. “We are in a different place, and today we are taking big steps in the right direction.”

Related: What do Jews say about abortion? A primer as Roe v. Wade is reversed

The committees will remain under the new regulations, as will rules limiting abortion to certain situations that some women have said forces abortion-seekers to lie. Abortion is still only legal within the first 12 weeks of pregnancy.

But how applicants interact with the committees will change dramatically: Instead of having to appear in person, people seeking abortions will be able to submit their requests online. They also will not be asked about their use of contraception, as the form that has been in place since 1977, when Israel legalized abortion, has asked.

Under the new regulations, which will go into effect in three months, people seeking abortions also will not have to meet with a social worker as part of the process, although they will be offered access to one. And if they are able to terminate their pregnancy using medication, possible in many early abortions, they will be able to do so under the oversight of a community health clinic. Previously, they had to go to hospitals to receive the medication.

Israel legalized abortion four years after Roe v. Wade in the United States. Since then, even as religion looms large in Israel, no significant movement to outlaw abortion has taken root there. In 2014, lawmakers signed off on allowing government funds to pay for abortions.

Many American Jews have mobilized in response to the Supreme Court ruling Friday overturning Roe v. Wade. The National Council of Jewish Women, for example, is raising donations for a fund that will support women who must travel to obtain an abortion. Abortion restrictions or bans have gone into effect already in at least eight states, affecting millions of women women.

Be the first to comment on "Days after US ends right to abortion, Israel eases restrictions on ending pregnancies"