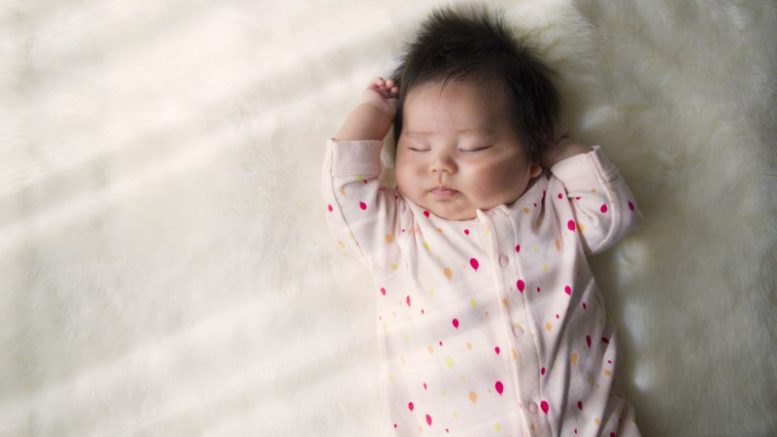 (Kveller via JTA) — When planning for my then newborn son’s welcoming ceremony, the process was fairly straightforward. He would have a bris eight days after his birth, which would require space at our local synagogue and a person to perform the circumscision — in our case, the coveted mohel/doctor combination. Throw in some close friends and family and a spread of bagels, lox and kugel, and you have yourself a straightforward, happy occasion, a simcha.

Fast forward a little over two years later. We’re having a girl! Fortunately for the meticulous planner in me, I already had a name ready from the first go-around with my son, so that was one less headache. Her first name would be after a great man, my grandfather, known as Papa. Although my memories of Papa are hazy because he passed away when I was just 4, I grew up with the lore of his presence shared by everyone who knew him.

He was a character, known for colorful sayings that expertly towed the line between crude and hilarious, who had a penchant for driving fast and the ability to take a nap anywhere. He possessed a tremendous love for his family and friends — a feeling, I saw, that was mutual. The fact that Papa was the only person whom my cousins all named a child after is testament to just how legendary he was in our clan, and I would soon be able to join this club.

But although I had a name, I didn’t have a clue as to how we would welcome our newborn daughter into the world. A baby-naming ceremony for a daughter, or a brit bat, is so much more open-ended than a bris. Should we do something small the next Shabbat? Wait a month? Eighty days based on when tradition teaches women were able to make sacrifices at the Temple after giving birth? Too many options! Around 20 weeks pregnant and panicking in typical Type A fashion, I called my mother, the only person privy to her future granddaughter’s name.

“Why don’t you do it up here, in Maine?” my mother offered. “You could have it on the anniversary of Papa’s bar mitzvah.”

I weighed the option. Celebrate my daughter in my grandfather’s synagogue on the anniversary of his important Jewish milestone? The very same place where I was not only named as a baby, but was also where I was married? Although rare, I believe there are some moments in life that comprise a sense that the universe is working in your favor. This was one of those moments; this was foreordained or, as we say, bashert.

When she was born, I shared the date with my family and friends, surprised and touched that almost all my close family members were willing to take time out of their busy lives, travel north and celebrate. Wanting to ensure I was taking every opportunity to make the event resonant, I chanted both Torah and haftarah, just like my Papa had done almost 100 years prior in the very same synagogue for his bar mitzvah. This way, my daughter’s baby-naming ceremony symbolized coming full circle. Together with family and friends, we welcomed my daughter into our community and fulfilled a tradition in the most meaningful way imaginable.

And of course, the morning’s events would not have been complete without enjoying a kiddush luncheon complete with lox, bagels and kugel.

(Adina Newman has blogged for Moment Magazine, written poetry for several online and print publications, and is working on her dissertation.)