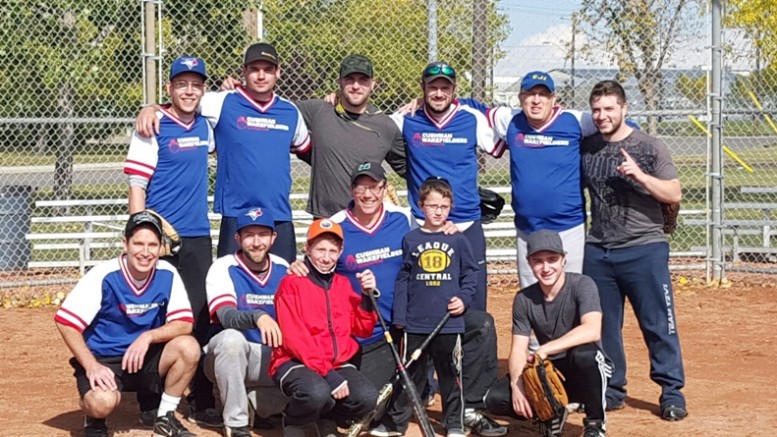 After a great season of baseball, the elated Cushman Wakefielders won the EJBL championship this month after a 7 year drought.

– After a seven year drought, the Cushman Wakefielders, led by their captain Shane Asbell, capped off a turnaround season by outlasting the competitive Watch It squad by a 12 to 8 margin in the (rain delayed) EJBL final played at John Fry Park on Sep 13, 2015.

Asbell continued as coach and team leader even after a hamstring tear kept him out of the lineup.  Also missed by his team in the final was Joel Allen, who suffered an elbow injury on a diving catch earlier in the playoffs.

Lewis Wasel was steadfast in his work from the mound and provided critical guidance to the team’s strong young core. Kliel Rose picked up a well deserved most improved player award (or was that parishioner?) from the league.

Team member Isaac Bushewsky missed the final as he was in Israel, but played a critical role in praying for the team from the holy land.

The EJBL players acknowledge the terrific job done by the league organizers Ben Feldman and Justin Antflick, without whom the league would not continue to thrive.  See you all next spring! 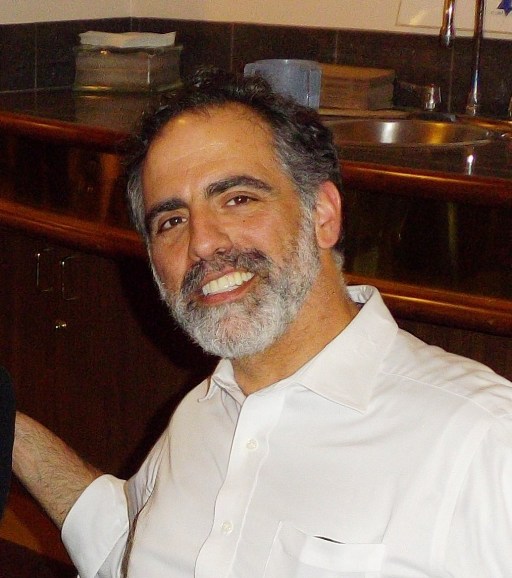 Rabbi Kliel Rose was named the League’s Most Improved Player, while Jerry Antfilick wsa awarded Zayde of the Year. 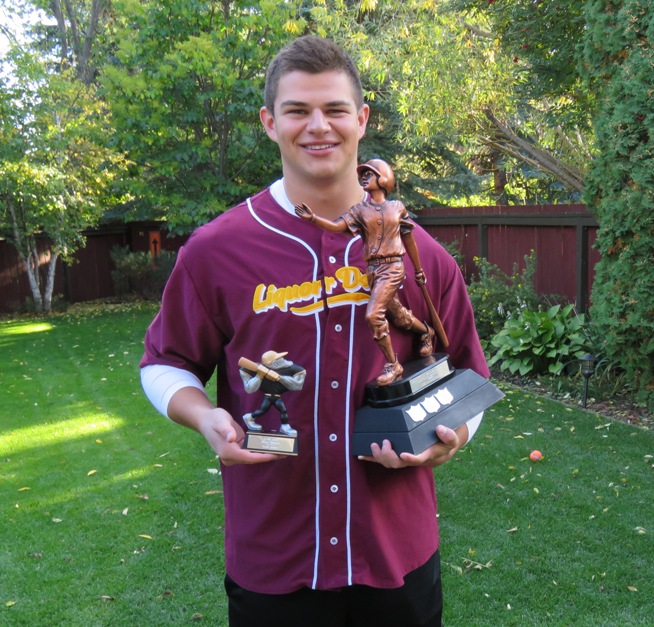 Noah Soifer, from Team Liquor Depot was awarded the Silver Slugger trophy as well as the league’s Most Valuable Player, while  Cushman-Wakefield captain  Shane Asbell was honoured to receive the Norm Pollock Mensch Award.