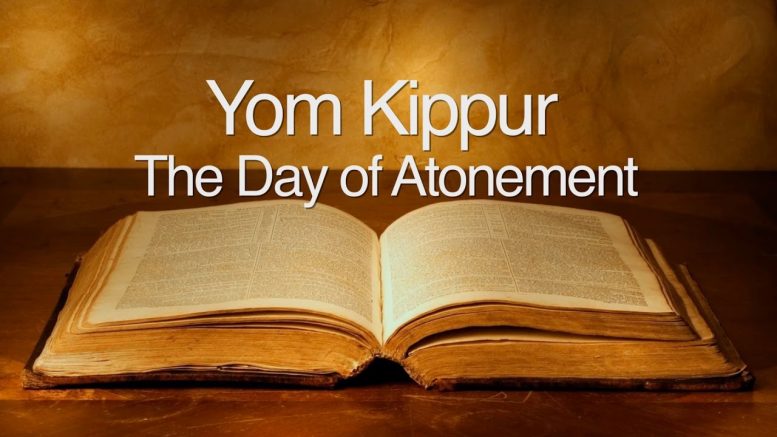 By Lawrence A. Hoffman

NEW YORK (JTA) — Few prayers are as well known to Jews as Ashamnu (“We have sinned …”) and Al Chet (“For the sin …”), the twin confessions of Yom Kippur. Belief in human sinfulness is more central to Judaism than we think. Sin may not be “original,” as it is in Christianity — inherited from Adam, that is, as a sort of genetic endowment ever after. But it is at least primal: It is there, patent, indelible and unavoidable. We may not be utterly depraved – the teaching with which American Protestantism grew up – but we are indeed sinners.

Talmudic practice, therefore, was to say a confession every single day, a precedent that continued into the Middle Ages and still survives in Sephardi synagogues. Ashkenazi Jews also announce that sinfulness daily in a part of the service called Tachanun (“supplications”), which includes a line from Avinu Malkeinu, “Our Father, Our King, be gracious and answer us, for we have no deeds.”

That translation misses the theological point, however. Classical Christianity believed that we are too sinful to be of any merit on our own. We depend, therefore, on G-d’s “grace,” the love G-d gives even though we do not deserve it. Jews, by contrast, preach the value of good deeds, the mitzvot. But Avinu Malkeinu hedges that bet. At least in Tachanun, and certainly from Rosh Hashanah to Yom Kippur, we proclaim “we have no deeds” and rely on God’s “gracious” love instead.

But do Jews really believe we are as sinful as the confessions imply? Nineteenth-century Jews, recently emancipated from medieval ghettos, doubted it. For well more than a century, philosophers had preached the primacy of reason as the cognitive capacity that makes all human beings equal. These two influences, political equality and the fresh air of reason paved the way for a century when all things seemed possible. And indeed, scientific advances and the industrial revolution did seem to promise an end to human suffering just around the corner.

It wasn’t just Jews who felt that way. For Europeans in general, the notion of human sin, whether original (for Christians) or primal (for Jews), lost plausibility. Far from bemoaning human depravity, it seemed, religion should celebrate human nobility. Enlightenment rabbis began paring away Yom Kippur’s heavy accent on sin.

From then until now, new liturgies (usually Reform and Reconstructionist) have shortened the confessions, translated them to lessen their overall impact and created new ones that addressed more obvious shortcomings of human society. But traditionalist liturgies too tried to underscore human promise and explain away the aspects of the confessions that no one believed anymore. Al Chet “is an enumeration of all the sins and errors known to mankind,” said Samson Raphael Hirsch, the founder of modern Orthodoxy. It is not as if we, personally, have done them, but some Jew somewhere has, and as the Talmud says, “All Israelites are responsible for one another.”

Some would say today that as much as the 19th century revealed the human capacity for progress, the 20th and 21st centuries have demonstrated the very opposite. Perhaps we really are as sinful as the traditional liturgy says. Religious “progressives” respond by saying that we suffer only from a failure of nerve and that more than ever, Yom Kippur should reaffirm the liberal faith in human dignity, nobility and virtue. At stake on Yom Kippur this year is not just one confession rather than another, but our faith in humankind and the kind of world we think we are still capable of building.

I am not yet ready to throw in the Enlightenment towel. Back in 1824, Rabbi Gotthold Salomon of Hamburg gave a sermon in which he said, “All of us feel, to one extent or other, that, in spirit and soul, we belong to a higher order than the ephemeral. We feel that we are human in the most noble sense of the word, that we are closely connected to the Father of all existence, and that we could have no higher purpose than to show ourselves worthy of this relationship.”

Those words ring true for us today. We have something to gain from the Enlightenment’s belief that acting for human betterment is the noble thing to do, and that acting nobly is still possible.

Rabbi Lawrence A. Hoffman, the Barbara and Stephen Friedman professor of liturgy, worship and ritual at Hebrew Union College-Jewish Institute of Religion in New York, is the author of “We Have Sinned: Sin and Confession in Judaism — Ashamnu and Al Chet” (Jewish Lights).