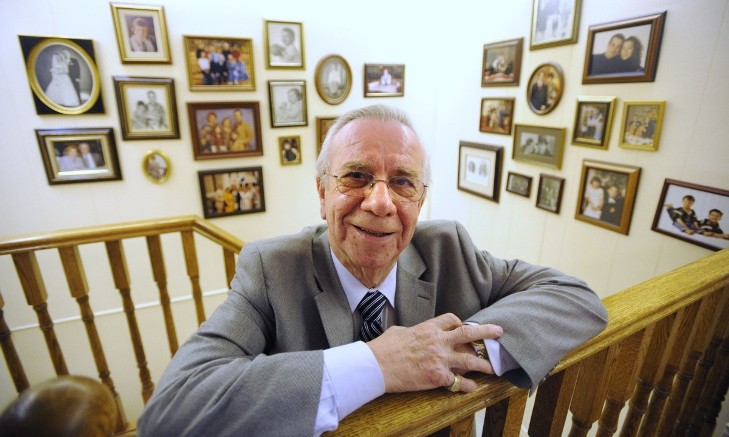 – Elie Wiesel once said that “the opposite of love is not hate, it’s indifference.” For far too long, the failure of governments to secure restitution for Holocaust survivors has been a story of indifference in the face of injustice.

This week, as a survivor and proud Jewish Canadian, I am doing my part to fight indifference. I will be travelling to Ottawa with several other survivors from the Canadian Jewish Holocaust Survivors and Descendants, as well as Jewish community leaders from across Canada, in a delegation organized by the Centre for Israel and Jewish Affairs (CIJA). We will be meeting with ambassadors from various European countries to push for rightful – and long overdue – restitution for victims of the Shoah.

It’s estimated that 14,000 to 16,000 Holocaust survivors live in Canada, home to the third-largest survivor community in the world. While many receive remarkable support from family members and community institutions, others struggle quietly to make ends meet and enjoy their senior years in comfort and dignity. In Israel, for example, it’s believed that one in four of the country’s 193,000 survivors lives in poverty. Their average age is 85. Approximately half are widowed. About 13,000 pass away every year.

These are the most vulnerable among the Jewish People, and as a community, we should not be indifferent, since justice – in the form of rightful restitution – continues to elude many of them. Even 70 years after the liberation of Auschwitz, countless Jewish homes, businesses, and properties seized by the Nazis or collaborators have not been returned to their former owners, nor have many survivors and their families received compensation for their losses.

Hank Rosenbaum is co-president of the Canadian Jewish Holocaust Survivors and Descendants.

Be the first to comment on "CJN GUEST VOICE: Why I’m speaking up for Holocaust restitution"