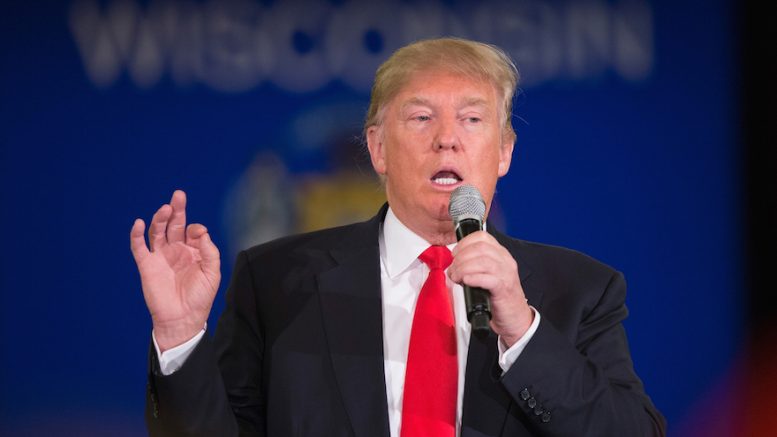 The letter — whose signatories included Irving “Yitz” Greenberg, the founding president of Clal-The National Jewish Center for Learning and Leadership in New York City — was published August 19 on the website Cleveland.com.

Noting that “religion should be invoked with care” when addressing politics, the rabbis added, “Nevertheless, there are times when the political discourse veers into morally offensive language and policy proposals that violate fundamental religious norms.”

In the current presidential election campaign, they also wrote, “we have been deeply troubled to hear proposals that condemn whole groups and which are justified by pointing to evil behaviors by members of that group or religion.”

Trump has called for banning Muslims from entering the United States and later, in remarks made in the context of the fight against radical Islam, for “extreme vetting” of immigrants.

Trump attracted outrage after lashing out at Muslim American parents whose son died while serving in the U.S. military in Iraq. After the soldier’s father criticized Trump at the Democratic National Convention in July, Trump lashed back by suggesting, among other things, that the boy’s mother “wasn’t allowed” to speak, presumably by her Muslim husband.

In a reference to this incident, the rabbis wrote: “We were shocked by the disrespect shown to parents who suffered the greatest pain — losing a son who died in the service of our country. The Torah commands us always to comfort mourners. The fact that the parents criticized a candidate does not justify harsh and hurtful retaliation.”

Separately, Trump apologized on Aug. 18 for past remarks that “may have caused personal pain” as he sought to refocus his message in the face of falling poll numbers.

“Sometimes, in the heat of debate and speaking on a multitude of issues, you don’t choose the right words or you say the wrong thing,” Trump told a crowd in Charlotte, North Carolina, in his first speech since shaking up his campaign team this week. “I have done that, and I regret it, particularly where it may have caused personal pain. Too much is at stake for us to be consumed with these issues.”

Trailing Clinton in national opinion polls, Trump has tried to reset his campaign, announcing on Aug. 17 a shake-up of his senior campaign staff for the second time in less than two months. In the past week, he has abandoned his free-wheeling style of campaigning, instead using a teleprompter at every rally.

The departure of Manafort, seen as one of the most conventional political operatives in Trump’s orbit, could help consolidate the power of Kellyanne Conway, who was promoted earlier this week to campaign manager and is credited with urging Trump to offer regret for his past offensive comments, and Stephen Bannon, the executive chairman of the conservative Breitbart News site, who was brought on as campaign CEO, according to Politico.

Be the first to comment on "Citing their core beliefs, 40 Orthodox clergy condemn Trump’s ‘hateful rhetoric’"