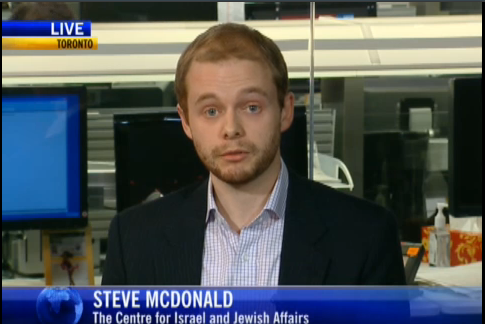 (March 2017) – Events in the past few months have brought the issue of Jewish community security to the forefront.

Since January alone, more than 150 Jewish community institutions across North America, including in Vancouver, Calgary, Winnipeg, London (Ontario), and Toronto, were targeted with false bomb threats. While no physical harm manifested itself in these incidents, repeated evacuations of Jewish facilities have inevitably led to heightened community anxieties. Added to this have been various incidents of anti-Semitic vandalism at cemeteries and other Jewish sites.

At the time of writing this column, Israeli authorities have apprehended an individual – allegedly an American-Israeli teenager – believed to be responsible for most of the bomb threats. I imagine you were as stunned and upset as I was when you heard the news that the suspect is a member of our own community. Reports in the media, including comments from the suspect’s lawyer, reveal the strong possibility of mental health being a prominent factor in this case. It is a troubling end (at least, we hope it is the conclusion) to a worrisome few months for the North American Jewish community.

CIJA has worked proactively to support our community institutions in responding to these and other hate crimes. Given that the JCC threats were designed to spread fear, we have emphasized that the best response is to maintain existing security protocols while enjoying our JCCs and institutions without fear. All the more so, given that our community has always had robust security systems and procedures.

Jewish federations across Canada, for example, benefit from the National Community Security Program coordinated by the Centre for Israel and Jewish Affairs (CIJA). The Program provides a hub for incident support, security training and tools, liaison with police agencies, and the sharing of intelligence and trends. Just as we benefit from a close working relationship with law enforcement at all levels, no Jewish institution should feel isolated when it comes to protecting their facilities.

At the same time, there is a vital role for government to play in supporting our community’s security needs, alongside those of other minority groups targeted for hate. Every Jewish institution should be aware of the financial support available through the federal government’s Security Infrastructure Program (SIP).

This program allows at-risk community institutions, including places of worship, community centres, and religious schools, to apply for funding to offset the costs of essential security upgrades. The Jewish community has benefited immensely from the SIP, though security costs continue to pose a burden to shuls, day schools, and JCCs.

The federal government’s 2017 budget allocated an additional $5 Million over the next five years for the SIP. This infusion of funds represents a doubling of the SIP’s budget and reflects the dedication of Canada’s elected officials to protect at-risk communities such as ours.

“This has the potential to be transformative, making a substantial upgrade to the program possible to maximize its effectiveness in addressing the evolving security challenges faced by communities at-risk,” noted Noah Shack, CIJA’s Director of Policy. “Expanding the SIP in this way has been a cornerstone of CIJA’s advocacy activities over the last year, and we look forward to the translation of these additional resources into tangible improvements.”

Antisemitism, the world’s oldest hatred, has always managed to adapt itself to local conditions and changing times. While Canada is a remarkably safe and welcoming country for minorities, Canadian society is not immune from antisemitism or other forms of bigotry. Fighting antisemitism requires vigilance, awareness, education, and proactive engagement with leaders in all communities.

At the same time, we must maintain a healthy dose of optimism rooted in the fact that we have many allies, exceptional support from government and law enforcement, and a national community security infrastructure to assist our institutions. Behind all of this is the knowledge that the Jewish people are no longer defenseless; we have in Israel a strong, national homeland that remains a haven for Jews seeking to leave troubled lands.

This issue is especially poignant at this time of year. The Passover seder is in many ways a metaphor for how we must handle these challenges today. In the seder, we teach our children to remember the threats and suffering we have faced, but we do so with a sense of gratitude for our blessings today and hope for the future.

Steve McDonald is Deputy Director, Communications and Public Affairs, at the Centre for Israel and Jewish Affairs (CIJA) – the advocacy agent of Canada’s Jewish Federations

Be the first to comment on "CIJA: Supporting community security in challenging times"