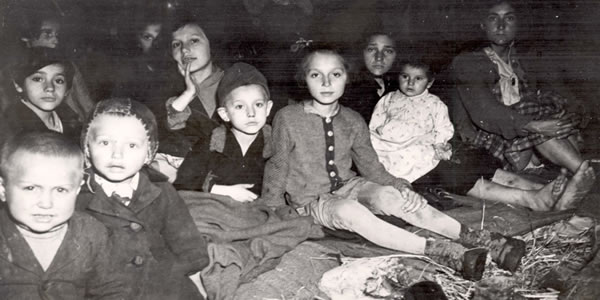 NEW YORK (JTA) – The Claims Conference sent out payments totaling about $60 million in a single day last week – the first of an estimated 70,000 one-time payments of approximately $2,750 to child survivors of the Holocaust.

The payments follow the creation last year of a new $190 million Child Survivor Fund that offers one-time payouts to Jews born in 1928 or later who spent time in Nazi concentration camps, ghettos or at least six months in hiding or living under a false identity during World War II. The payouts are in addition to any other monies the survivors receive or have received.

“These children endured devastating separation from parents, witnessed unimaginable atrocities, suffered from malnutrition and hunger, and lived through other persecution that stole their childhoods,” Julius Berman, the Claims Conference president, said in a statement last week. “All of these have had a cumulative effect and are resulting in late-onset problems that only now are manifesting as physical and psychological symptoms in the survivors’ advanced age.”

Germany is providing approximately 75 percent of the funding for the program. The balance comes from the Claims Conference’s so-called Successor Organization, which is funded by the sale of Jewish properties recovered in the former East Germany for whom no heirs could be found.

The Claims Conference has received approximately 85,000 applications and anticipates that 70,000 to 75,000 will be eligible. Last week’s payments went to the first 21,600 eligible applicants – mostly Jews in Israel, the United States, Canada and France. In all, claimants from 52 countries have been found eligible.

Eligibility for the Child Survivor Fund is open to survivors born January 1, 1928 or later and who were persecuted as Jews in a concentration camp or ghetto (or similar place of incarceration, in accordance with the German Slave Labor Program); or who lived in hiding or under false identity or illegality for at least six months in Nazi-occupied or Axis countries.
Read the full eligibility criteria.

Individuals who did not receive an application form by mail but wish to apply to the Child Survivor Fund should click here for additional information, including full eligibility criteria and application forms.

This year, in addition to these payments of $60 million, the Claims Conference expects to make approximately $500 million in direct compensation payments from its four programs to Holocaust victims in 77 countries and territories.