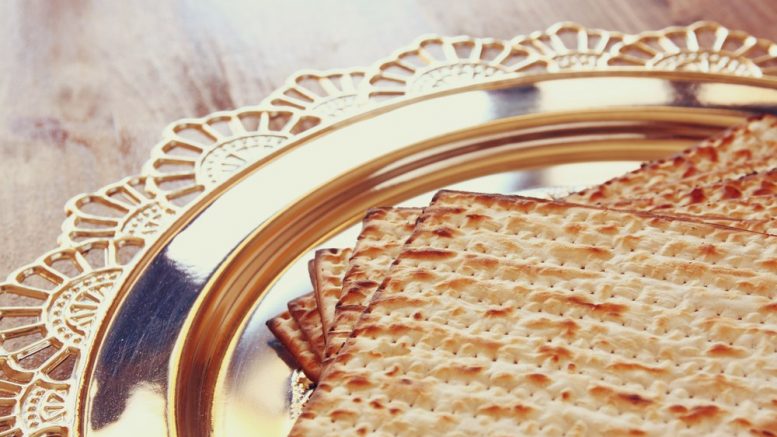 (Kveller via JTA) – My son is 4 1/2, a delightful age when he is still full of sometimes grammatically incorrect sentences that provide a glimpse into the magical and unique way that children see the world. In everything, my husband and I look for teaching moments. Our policy is to tell the truth, even if we need to simplify it a little bit.

Like most first-generation Americans, he hears the words “when I was little …” from us a lot. It’s followed by a comparison of how different his American childhood is from our Soviet childhoods: everything from toys and food, to freedom of religion and celebrating diversity.

Once we went to our local Chabad for a model matzah baking. At the end, the kids received real shmurah matzah, and the rabbi even mentioned to us that it comes from Dnepropetrovsk, in Ukraine. (When I was little, there were no matzah bakeries in Dnepropetrovsk.) That morning, as I was getting my tortilla out of the fridge, I mentioned to Will that once Passover starts, I won’t be eating any tortillas and we giggled about the difficulty of spreading peanut butter and jelly on matzah without breaking it.

Somewhat thoughtfully, Will remarked: “You’ll probably be really sick of matzah by the end of Pesach! Aaaaaand, you can’t have pancakes!”

Even though I was already risking being late for work, I decided that the moment was right to share my thoughts on Passover with my son since he had brought it up.

“You know what? You’re right, by the end, I do miss real bread,” I said. “But you know what else? I’m really happy when I eat matzah. It reminds me that I’m free to eat it and free to celebrate Pesach. Did you know that when I was little, we weren’t allowed to?”

Aha! I saw the spark of interest in his eyes; my cue to continue.

“When I was little, and even when Grandma Yana was little, we weren’t allowed to celebrate Pesach and eat matzah,” I said. “In the Soviet Union, the government didn’t want Jews to celebrate their holidays. We couldn’t go to the library and learn to make matzah. And Jews couldn’t even speak Yiddish in public. Can you imagine what it would be like if you were only allowed to speak Russian at home and never, ever outside?”

“Is that why everyone only remembers some words in Yiddish but not all?” he asked. “And is that why you want me to speak Russian? So I don’t forget it like they forgot Yiddish?”

Bingo! A connection had been made. It was imperfect, but I’ll take it.

I came back to eating matzah. Yes, I miss hametz by about Day 5. But the truth is, Passover is one of my favorite holidays precisely because it celebrates freedom. Freedom of my Jewish people from slavery, freedom of refugees/Americans by choice like us to be Jewish, and most recently, freedom of self-determination for Jews in Ukraine, who joined Ukrainians of all backgrounds to proclaim that they, too, want to live free of corruption and outside political influence.

My son is the new generation that will not know political oppression and religious suppression. He is the pure generation that hears about things so unthinkable to him that he probably assumes we exaggerate. Watching him grow up free and teaching him what it means to be Jewish is an honor and a joy. It is something I do openly, buying Jewish books in Barnes & Noble and celebrating holidays in public spaces.

These are such simple things, yet so unthinkable for my parents and grandparents. They managed to pass on what little they knew out of sight and with some apprehension. I eat matzah for them, to be reminded that Jewish freedom comes with a heavy price. But in today’s America, passing on the significance of that freedom is both my luxury and my responsibility.

(Olga Chernov-Gitin is a first-generation American who lives with her husband and two children in Conshohocken, Pennsylvania.)