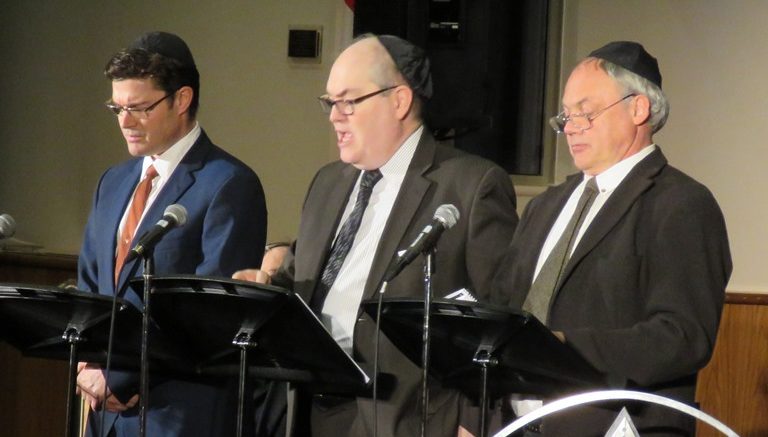 The play, written by Leonard David Stone, told the remarkable story of the events leading up to the 1948 United Nations vote to establish the State of Israel. The key figures in the story are US president Harry Truman (performed brilliantly by Reed McColm), White House Advisor David K. Niles (portrayed by one of Edmonton’s finest actors John Ullyatt), Truman’s former business partner Eddie Jacobson (portrayed by James Hamilton) and Secretary of State George Marshall (portrayed by Paul Morgan Donald).

The story unfolded beautifully with the introduction of the characters and the description of the political mindset of the times. It was an intense story whose outcome was familiar to everyone in the crowd but the events leading up to the declaration are not well known and Stone told the story very well. There was drama, intrigue, back-room dealings, double crossings, humour and guilt – all packaged neatly in a captivating reading.

The performances by MColm and Ullyatt in particular were exceptional. The character development of the two main characters was insightful, largely as a result of the painstaking research conducted by playwright Leonard Stone and his desire to tell the whole story of their role in the historic establishment of the State of Israel. McColm was able to communicate the internal struggle that Truman felt as a borderline anti-Semite with an enormous heart. His accent was spot on and his delivery made the character believable. Ullyatt communicated Niles’ despair and resignation at having to resort to back room deals because of the importance of his mission – in the aftermath of the Holocaust.

The expectation of the full house crowd was for a table reading but the performances delivered by the ensemble of gifted actors were phenomenal. The characters came alive – a testament to both the talent of the actors and the strength of the play. Their timing in delivering the lines and playing one character off another was impeccable. The nuances of their performances were exemplary.

The role of Chaim Weizmann, the first president of Israel was portrayed by Robert Benz, who also played the announcer of the results at the UN. The drama he was able to communicate with his voice was wonderful – the audience was fully engaged as he recounted each vote one by one. Adding to the suspense was the side talking explanation by David Niles (Ullyatt) of the back-room dealings that accompanied each vote. It was high drama – unexpected at a table read.

Following the performance, Stone spoke briefly, explaining that this was his first ever play – sparked decades ago by a 20-minute phone conversation he had with then former President Truman. The personal experience ignited an interest in telling Truman’s story and the more research he did, the more compelling the story became. The role of David K. Niles is little known in history books, but Stone discovered that Niles’ personal writings were archived at Brandeis University and they were generously made available to the playwright.

Stone was most appreciative to the sponsors of the event – foremost of whom were General Recycling and Cushman & Wakefield, the co-producers Lewis Wasel and Shane Asbell and members of the organizing committee Marvin Abagov, Karen Farkas, Ray Friedman, Gillian Horwitz, Sam Koplowicz, Wayne Pertman, David Vickar and Anna Zeisler. He also thanked members of the Beth Israel Office Amanda Frank, Luba Allen and Heather Vickar and event caterers Catering by Ed.

The shul was transformed into a theatre with exceptional lighting and sound by Freeman Audio Visual. Co-producer Shane Asbell marveled at the quality of the sound in the sanctuary but he reminded the crowd that the congregation does not use a sound system on Shabbat so “don’t get used to it.”

The delivery of the world premiere reading of “Truman’s Jew” was timely given the current political climate in the United States and in the Middle East. We marvel at the beauty and the advancements taking place in Israel and at the same time are saddened by the lack of progress in the peace process. 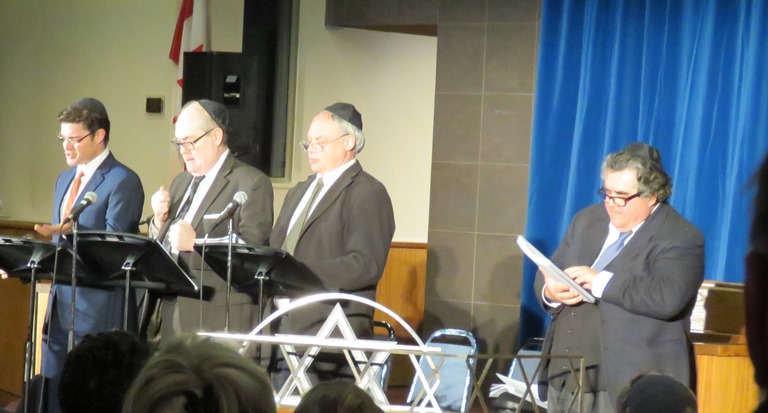 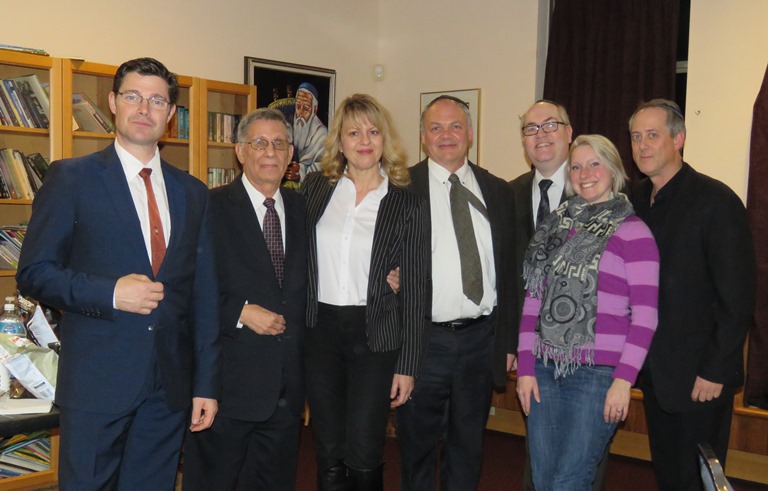 Members of the ensemble cast, with playwright Leonard David Stone. 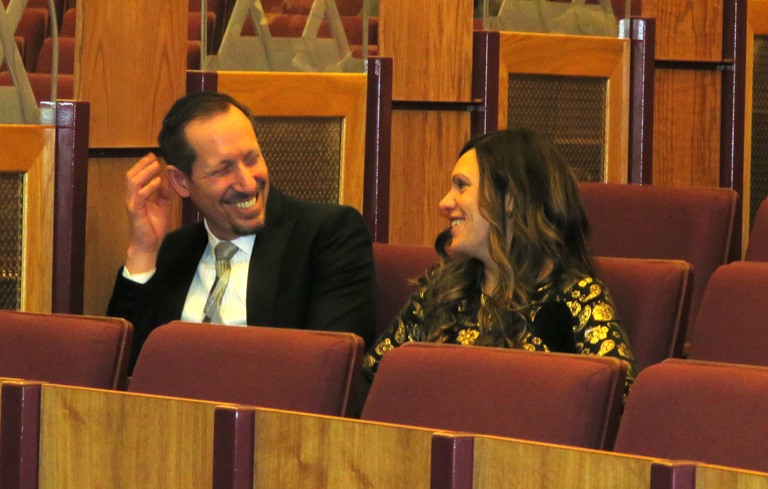 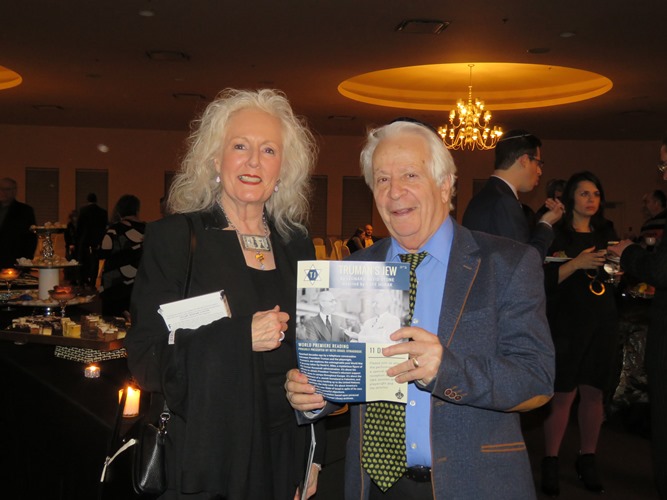 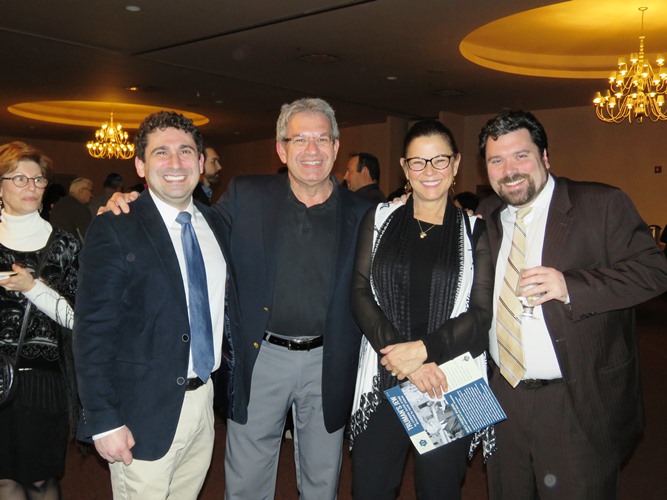 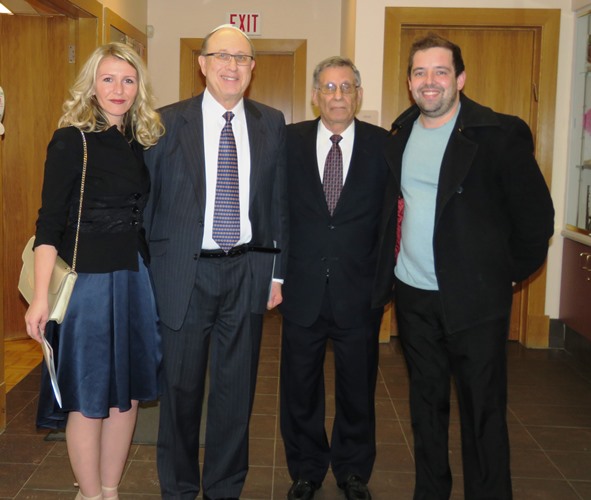 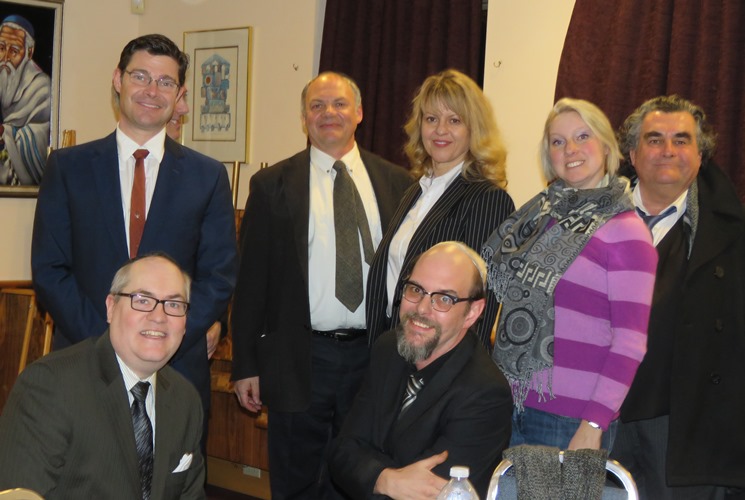 Members of the ensemble cast of “Truman’s Jew.”