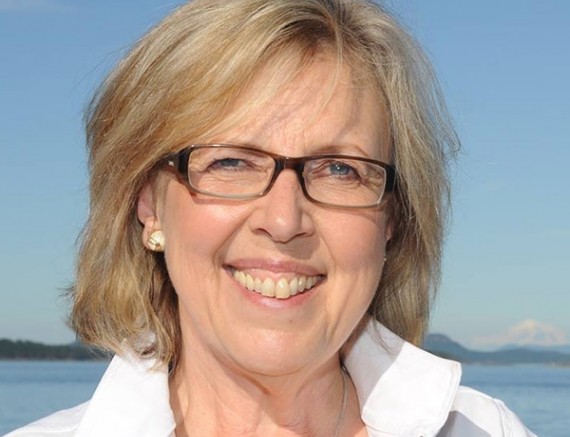 Green Party of Canada leader Elizabeth May opposed the measure.

TORONTO (JTA) — Canada’s Green Party voted to support the Boycott, Divestment and Sanctions campaign against Israel. At its convention in Ottawa over the August 5 -7 weekend, party members endorsed the BDS movement despite the party leader’s opposition to the measure.
The Green Party “supports a two-state solution to the Israel-Palestine conflict and we continue to advocate for good-faith negotiations,” party president Ken Melamed said after Sunday’s vote.
“This support is intended to further advocate to that end. Our members, like many Canadians, will continue to search for ways to support both sides while acknowledging the complexity of the various security, economic, and religious concerns,” Melamed added.
Green Party of Canada leader Elizabeth May said she was “disappointed that the membership has adopted a policy in favor of a movement that I believe to be polarizing, ineffective, and unhelpful in the quest for peace and security for the peoples of the Middle East. As is the right of any member, I will continue to express personal opposition to BDS.”
The Centre for Israel and Jewish Affairs condemned the party’s decision as “outrageous…. [T]he BDS movement, which seeks to censor and blacklist Israelis, is fundamentally discriminatory and utterly at odds with Canadian values.”
Party members also voted to adopt a resolution that calls on the Canada Revenue Agency to revoke the charitable status of any organization that violates Canadian or international human rights law.
As originally worded, the resolution asked the party to pursue the revocation of the charitable status of the Jewish National Fund ostensibly because the JNF discriminates by selling and leasing land in Israel only to Jews.
CIJA said it was “pleased” that May was “instrumental” in amending the resolution to remove specific references to the JNF, and said she was right to oppose the “toxic” BDS vote.