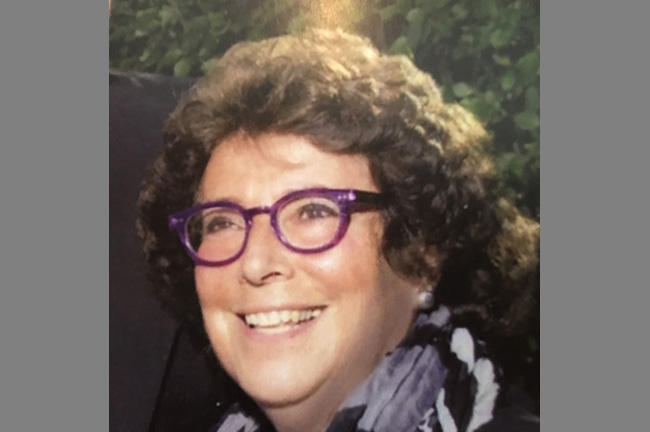 By Cheryl Gurevitch and Elliott Steinberg

(AJNews) – Jewish National Fund (JNF) of Calgary is pleased to announce that our own Beth Price is the incoming president of the National Board of Directors of JNF Canada. Serving on the Calgary Board of Directors, and as Vice President of the National Board for many years, Beth’s installation as President is great news for JNF and the Calgary Jewish Community. Historically, very few westerners have taken on this role.

“I am delighted that Beth Price will serve as the National President for JNF Canada,” says Lance Davis, CEO of JNF Canada.  “She is dedicated and devoted to the Jewish community and Israel and will serve as a role model for the next generation.  I have known Beth for many years going back to my term as the Executive Director of Calgary Jewish Federation.  I know firsthand the humble yet enthusiastic manner in which she works. I am very proud to work side by side with Beth to enhance and enrich the lives of Israel’s citizens.  JNF builds the foundations for Israel’s future and I know that Beth will advance our core proposition with grace and competence.”

While leading a very busy life devoted to family and the development of her professional career, giving back to the community has always been a top priority for Beth.  She has worked on the board and executive committees of Jewish Family Service Calgary and the Calgary JCC, which she chaired for two years. Beth’s involvement with JNF goes back to her childhood in Edmonton.  Her father was a Negev Honouree and supporting JNF was part of her family life.  Now Beth and her husband Lorne are past Negev Honourees, so it is clear that the commitment runs deep.

Lorne, their children and grandchildren, couldn’t be more pleased. “Beth is the centre of the universe for our family. She has a natural skill as a communicator and leader and we are so proud of her new role. Beth has always been a strong supporter of community and volunteerism,” says Lorne.

Beth has taken on a number of roles with Calgary Jewish Federation (formerly Calgary Jewish Community Council), including serving as Vice President and chairing the Informal Jewish Education and Affiliation Committee that launched the ground-breaking PJ Library program in Calgary.  Most notably, in 2008 Beth conceived and continues to chair the Integrated Bursary Program, an innovative platform that ensures financial support for Jewish families in need.

“As a longstanding board member of Calgary Jewish Federation, Beth continues to give generously of her time and talent, and embodies the definition of a volunteer community leader,” says Adam Silver, CEO of Calgary Jewish Federation. “Beth’s focus has always been on building community and removing barriers to participation, and her well-deserved appointment as National President of JNF Canada is a testament to her passion for Israel and her capabilities as a leader,” says Silver.

Also dedicated to the advancement of the Calgary community at large, Beth has served as a long-standing board member for the Heart and Stroke Foundation of Alberta, NWT, and Nunavut and has volunteered as a patient/family educator for the Crohn’s and Colitis Foundation, the Alberta Cancer Society, and CanSurmount.

A registered social worker, Beth has a long and distinguished professional record in Calgary. Between 1981 and 2014, she served in various capacities including clinical social work in cardiac surgery, ICU, trauma, and critical care.  Beth served as Manager, Department of Social Work, at Holy Cross Hospital; Site Coordinator and Manager, Department of Social Work, Foothills Medical Centre, and MS Mental Health Coordinator at the University of Calgary, Department of Clinical Neurosciences.

In light of Beth’s professional experience, it was fitting that Beth and Lorne worked to raise funds to support the creation of the Dr. Lorne & Beth Price Therapeutic Children’s Playground, as honorees for the 2015 Calgary JNF Negev Gala.  Attached to the children’s wing of the Dr. Max and Gianna Glassman PTSD and Health Centre at Jerusalem’s Herzog Hospital, the playground is designed to provide an idyllic setting for traumatized Israeli children, reflecting Beth’s Master’s thesis, which focussed on play therapy.

When asked about her new role as National President, Beth reflected on JNF and its mission: “JNF is an important organization that has always connected Canada and the diaspora to our beloved State of Israel. JNF-KKL contributed to the land even before nationhood; it has always been an icon of environmental stewardship that helped raise Israel from a very fragile state to a technological and environmental beacon.”

“As Israel changes, JNF has evolved.  It has always been associated with environmental stewardship, but is currently also focussed on building social infrastructure so the people will thrive.  As a long-time national board member and vice president, it is now my turn to lead a team of dedicated staff, volunteers and generous donors to build upon the values and traditions of our storied past, the foundation of Israel’s future,” says Price.

“We are thrilled to have a western voice leading the charge at the national level, says JNF Calgary President, Cheryl Gurevitch. “Beth constantly champions the importance of recognizing the diverse needs and capabilities of each regional community. She has always played a leadership role on the Calgary board, and her experience and ability to really listen will have a big impact on JNF Canada.”

Cheryl Gurevitch is President of the JNF Calgary Board of Directors. Elliott Steinberg is Executive Director of JNF Calgary.