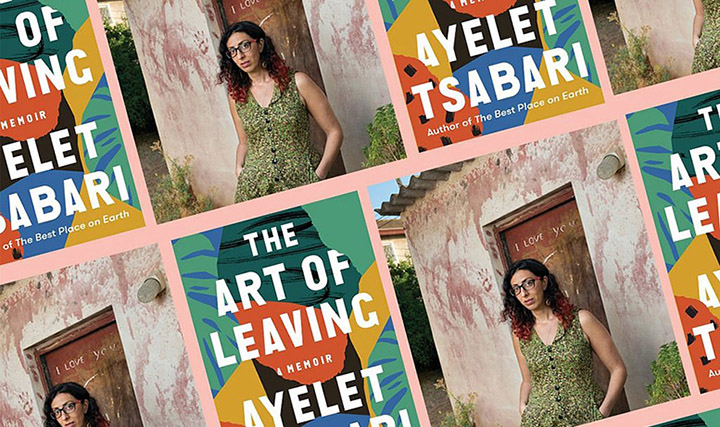 Israeli author Ayelet Tsabari was among the authors featured at the Calgary JCC Literary Festival this month.

(AJNews) – Through a combination of virtual and in-person events, writers and storytellers covered a spectrum of topics in this year’s Calgary JCC Literary Festival. During the second week of December, people tuned into author discussions, took part in letter writing, engaged in meaningful conversations, and more.

In addition to the authors and participants, the successful event was made possible by Festival Chair, Danyael Halprin, along with support from JCC Arts and Culture Manager, Shula Banchik, and Director of Engagement Programs, Danielle Braitman.

As an established writer and editor, Halprin lives and breathes books. She also knows that a lot of ideas can come from a single book and found authors who would expose participants to a wide array of perspectives. To help guide the selection for this year’s event, the contributors needed to fit the criteria of Jewish author and/or Jewish content.

Ayelet Tsabari, recipient of the Canadian Jewish Literary Awards and The Vine Awards for Canadian Jewish Literature recipient, kicked off the first night in a conversation about her memoir, The Art of Leaving. Tsabari’s book helps open the dialogue around discrimination against marginalized communities within Israel, as she records her experiences growing up in Israel and explores her Yemeni heritage in later years. The Literary Festival provided a forum for people, including a local book club, to send in their questions for the author to deepen their understanding of the topics mentioned in the book. Dr. Angy Cohen, Postdoctoral Associate at the University of Calgary, was the moderator of this conversation.

Youth Social Activist and Grade 12 student, Maddison Tory, shared her powerful message of “[there is] no person too young and no idea too small to make a difference,” with the hope of inspiring a younger audience and the next generation of positive change-makers. Tory is also a motivational speaker, and her book, Your Secret Superpower: Ignite your SPARK, is an empowering read for youth. All proceeds from Tory’s book will be donated to children’s hospitals across Canada.

Other impactful books included in the Calgary JCC Literary Festival were Harry Haft: Survivor of Auschwitz, Challenger of Rocky Marciano by Alan Scott Haft, Kin or Country by Paul Alster, and The Better Brain: Overcome Anxiety, Combat Depression, and Reduce ADHD and Stress with Nutrition by Bonnie Kaplan. Barb Brittain-Marshall hosted a unique typewriter event and Kres Mersky rounded out the festival with a discussion on her one-woman play, The Life and Times of A. Einstein – a “hilarious and touching portrait of Albert Einstein as well as a humanizing look into the great thinker’s life through the people around him.”

Halprin hopes the Calgary JCC Literary Festival opened people’s minds around certain issues and inspired others to write their own stories. She encourages others to “keep learning and keep exploring more of these issues.”