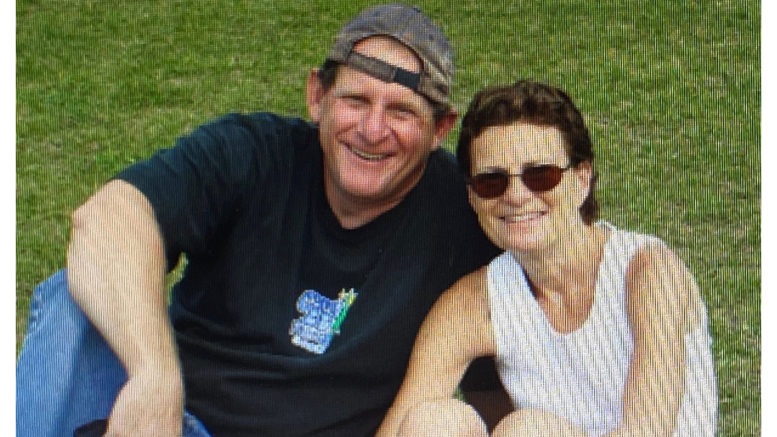 Max Lipsman will be honoured at the B'nai Brith Calgary Lodge 816 annual fundraising dinner on September 22. He is pictured above with his wife, Rochelle. (Photo supplied).

(AJNews) – Calgary B’nai Brith Lodge #816 is pulling out the stops for the return of its signature annual dinner following a hiatus due to COVID-19.

Keeping with the organization’s tradition of high-profile and worthy honourees, BB Calgary will roll out the red carpet for Mayor Jyoti Gondek, who was sworn in as Calgary Mayor in October 2021, and Ambassador David L. Cohen, who assumed his post as US Ambassador to Canada in December.

Also being honoured at the dinner is Max Lipsman, a long-serving and much-admired Jewish communal professional and volunteer, who will receive the 2022 Ben Docktor Award of Excellence for his outstanding contributions to Jewish life in Calgary.

The dinner, which will be hosted by local media celebrity, philanthropist and former United Way Co-Chair Dave Kelly, takes place at Beth Tzedec Synagogue on September 22. The event is expected to attract a big crowd, says BB Calgary President Darren Bondar, adding that the organization is offering a hybrid event so that those who are not quite ready to attend in person are able to participate online.

The dinner has typically attracted some 600 attendees, among them members of the Jewish community and the Calgary community at large including a who’s who of generous corporate sponsors.

In addition to fine dining, the festivities will include a live auction, silent auction and 50/50 draw.

Funds raised at the dinner typically range between $100,000 and $150,000, says Bondar. This year’s major recipients are the Calgary Food Bank and Miriam’s Well/Wynne’s Pantry at Jewish Family Service Calgary. Calgary BB Lodge #816 has an historical track record of supporting organizations that serve the elderly, ill and disadvantaged, children and youth, and initiatives devoted to strengthening and sustaining Jewish culture and identity in Calgary.

Consistent with those goals – and the anticipated generosity of individual, family and corporate sponsors – funds from the dinner will be disbursed to other organizations including previous and new beneficiary agencies within and beyond the Jewish community, Bondar says.

This continues the tradition of “benevolence, brotherly love and harmony,” the words enshrined on the original charter of B’nai Brith Lodge #816, granted on June 17, 1917.

Much has changed since B’nai Brith was established as an all-male fraternity. The organization is now egalitarian, points out Bondar, who says he is particularly proud to honour Jyoti Gondek – Calgary’s first female mayor. Bondar also salutes the woman power behind the dinner, including BB Calgary Executive Director Polina Brener and volunteers Michelle Jacobson and Cali Oppenheim.

While B’nai Brith has increasingly embraced diversity, its time-honoured traditions of community service and advocacy remain the same.

It is in that spirit that Max Lipsman is the “obvious choice” as the 2022 Ben Docktor Award recipient, Bondar says.

Lipsman says he feels honoured to receive the award given his deep respect for the Calgary lodge, where he has been a proud member for approximately 18 years.

At first, Lipsman was taken aback at the suggestion that he would be honoured.

“I was stunned,” said Lipsman who typically avoids the spotlight.

“I am just a worker bee and call it a day,” says Lipsman who nonetheless feels “choked up” when reminded of the impact of his decades of service within the Jewish community and beyond it.

“It puts things in perspective,” said Lipsman. “I did what I needed to do.”

Lipsman also did what a grateful community needed him to do.

Born and raised in Montreal, Lipsman – a son of Holocaust survivors – moved to Calgary in 1981 to settle in the hometown of his wife, Rochelle, with whom he raised two daughters and now shleps naches from two grandchildren.

A graduate of Montreal’s Loyola College (now Concordia University), where he earned a degree in political science and sociology, and McGill University, where he earned his degree in social work, Lipsman subsequently served as program director, teens and adults, at the YM-YWHA in Montreal. In Calgary, he worked for Alberta Family and Social Services in foster care and then at the Calgary Correctional Centre (Spy Hill) and the Calgary Remand Centre where, among other responsibilities, he counselled inmates.

With the exception of a subsequent stint as director of recreation and leisure services at the Vocational and Rehabilitation Research Institute (VRRI) during the 1990s, Lipsman has continuously served as a professional – and  often as a volunteer – within the Jewish community.

Most recently, Lipsman served Beth Tzedec Congregation as Executive Director (2010 – 2021) and then as Manager of the Beth Tzedec Memorial Park, a position he continues to hold.

As director of health, physical education, recreation and aquatics and, later, assistant director of the Calgary Jewish Centre (now JCC) from the mid-1980s through the early 1990s, Lipsman helped to raise the generation of community leaders who today run many of Jewish Calgary’s core Jewish institutions. He mentored Bondar and Stacy Shaikin – the current Camp BB-Riback Director – in basketball and in life, Bondar said.

For 12 years between 1999 and 2010, Lipsman helped to raise another generation of Jewish kids as a respected and much-loved director of Camp B’nai Brith which, on his watch, was reborn as Camp BB-Riback. Notably, things came full circle when Lipsman succeeded Bondar as camp director.

Lipsman’s tenure at the camp was a period of tremendous growth. He helped to raise more than $1.5 million toward facility expansion and replacement while giving kids the summers of their lives.

All camp directors face challenges, but Lipsman literally weathered the camp’s most dramatic storm when a tornado hit Pine Lake in July of 2000. He will never forget the sight of the twister as it appeared to head directly toward the camp. Always a stickler for safety and security, Lipsman – with the assistance of his well-trained frontline leadership team – guided staff and campers with remarkable calm, at least to outside appearances. Fortunately, the deadly twister veered away from the camp. There were numerous casualties and 12 fatalities on that black Friday, but the camp community was blessedly spared.

Lipsman subsequently oversaw the construction of a tornado-proof multi-purpose building generously supported by the camp’s late namesake Ted Riback and designed by the late Jack Abugov. The building has become a hub of camp life and can provide refuge for the entire camp population.

In addition to this and other camp infrastructure improvements – including the replacement of the leadership village, the camp’s mortgage was paid off during Lipsman’s tenure and the budget balanced.

“As camp director, I established a great relationship with B’nai Brith. They were incredibly supportive of the camp,” Lipsman recalls.

“They made a five year commitment of $75,000 to improve outdoor experiences for campers  and $15,000 to help kids who could not afford to attend the camp or didn’t have what they needed to enjoy their experience once they were there,” added Lipsman. “It was a tremendous commitment.”

Lipsman knows all about commitment.  In addition to his professional roles, he has been an avid volunteer. He led six cohorts of high school students to Poland and Israel on the March of the Living and spent three decades sensitively and discretely assisting individuals and families applying for bursaries so that they could participate fully in Jewish life. He is currently taking a course in preparation for a volunteer role with the Calgary Youth Justice Program.

Lipsman and BB share a common passion when it comes to supporting those who need it most. That is reason enough to generously support the 70th Annual BB Dinner and to join in the celebration either in person or online.

The 70th Annual B’nai Brith Dinner takes place at Beth Tzedec Synagogue on Thursday, September 22, beginning with cocktails at 5:30 pm followed by dinner at 7 pm.  Tickets are $300 per person for dinner attendees or $180 per person for online access.  A wide variety of sponsorship and program advertising opportunities are available.  For more information or to purchase tickets, click here.

Be the first to comment on "Calgary B’nai Brith Lodge to honour Max Lipsman: September 22"