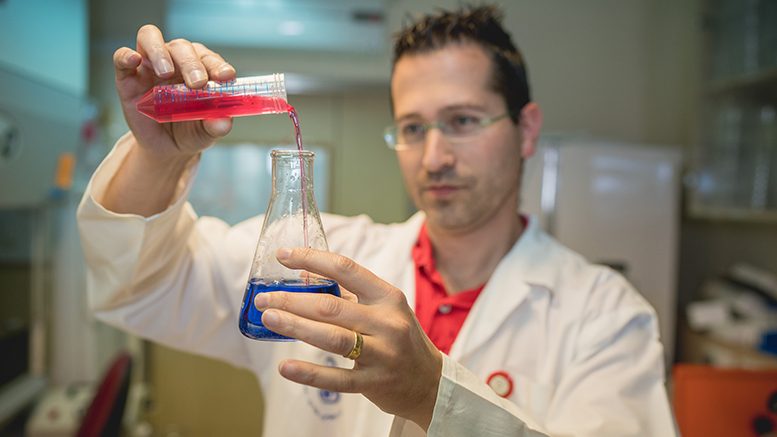 The 40-patient clinical study was conceived and led by Professor Gal Markel, director of the Ella Lemelbaum Institute for Immuno-Oncology at Sheba Medical Center. It will treat patients with various types of cancer, including breast cancer, resistant metastatic melanoma, renal cell carcinoma and lung cancer.

Professor Markel explained that certain cancer cells can protect themselves from the body’s immune system by producing proteins that circulate in the patient’s bloodstream and sabotage the ability of the immune cells to battle disease. He said that the existence of these proteins has been known since the 1990s, but until now, no one knew how to destroy them. Prof. Markel added that the technology, manufactured by Immunicom of San Diego and designated by the FDA as a “breakthrough,” has the ability to “neutralize the cancer by filtering those proteins out of the bloodstream so that the patient’s own immune system can fight effectively, either alone or in tandem with existing immunotherapy drugs.”

Calling it a “sea change” from traditional standards of care, Prof. Markel noted that this innovation offers the potential to effectively treat a wide variety of cancer types, including those that have not previously responded to other treatment strategies, resulting in much better clinical outcomes with fewer side effects.

“The most important thing for me is to improve cancer patients’ survival and quality of life,” Markel said. “With this trial, there is real hope that we can really make that happen.”

Sheba Medical Center is at the forefront of cancer research with over 200 research and clinical trials conducted throughout the year by its staff of oncologists, many in cooperation with some of the world’s most renowned pharmaceutical and bio-tech giants such as Astrazeneca, Merck and Lonza.  For two years in a row, Sheba was ranked by Newsweek magazine as one of the top ten hospitals in the world.