(Calgary) – Through five decades growing up, raising a family and running international businesses here, there is no question in my mind Calgary’s greatest asset is its people.

While the past few years have tested our spirit and resolve more than any time in our generation, Calgarians are chomping at the bit to regain our city’s edge.

I have seen the fire in the eyes of many of the tens of thousands of Calgarians I have spoken to at the doors, at parks, markets, businesses, schools and universities when we talk about seizing the future of this city together.

Common to the conversations is the need for real change and empowerment. 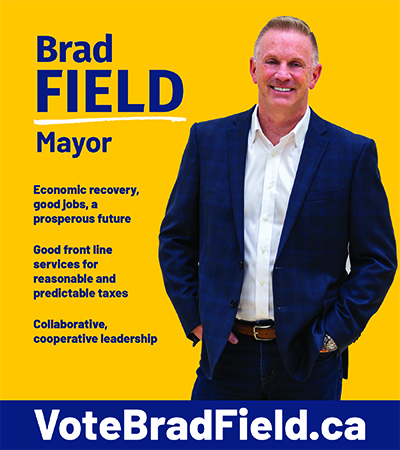 Many Calgarians have lost faith and trust in the last Council and their inability to work together. They feel the root of much of the disarray and dysfunction at City Hall is that many in city leadership lost touch with voters. City employees have told me they don’t feel empowered. Many have given up trying to effect change with new ideas and better systems.

People tell me they aren’t being listened to, that City Hall thinks it always knows best. The inability to build consensus and petty infighting has led to displays of disrespect and a lack of collaboration with city workers and with the public.

I have demonstrated my commitment to listen and to bring real change. In June, I released a draft policy document and asked Calgarians for input. I have just released what is now a 35-page platform full of ideas informed by Calgarians.

At the root is empowerment and respect for the nearly 1.4 million people who call this city home.

I won’t pretend to have all the answers. I don’t have to be the smartest person in the room. I am confident in the leader I am. More than that, I am confident in my ability to assemble the right people, to make clear, common-sense decisions that are practical, not political.

The choice has never been more apparent. We need smart, confident, experienced, stable leadership more than we’ve ever needed it before. We need a leader who can bring our City Council, administration and citizens together. Calgary can be the hub for jobs and innovation – creating the ideal environment to support existing businesses that survived, plus attracting new ones. Calgary can have world class arts, culture and entertainment- attracting tourists, conventions, sporting events, big name concerts and attractions from across the globe.  Calgary can be that diverse, inclusive city that is open and welcoming to everyone. As we get closer to the election, I want to hear your vision for this city that we love, why it’s great and how together we can make it greater. Check out my platform at votebradfield.ca, send me your ideas, and let’s build our city together.

Brad Field is a Calgary mayoral candidate in the October 18 municipal election. This article was paid for by the Brad Field for Mayor campaign.

Be the first to comment on "Brad Field: Candidate for Mayor of Calgary"