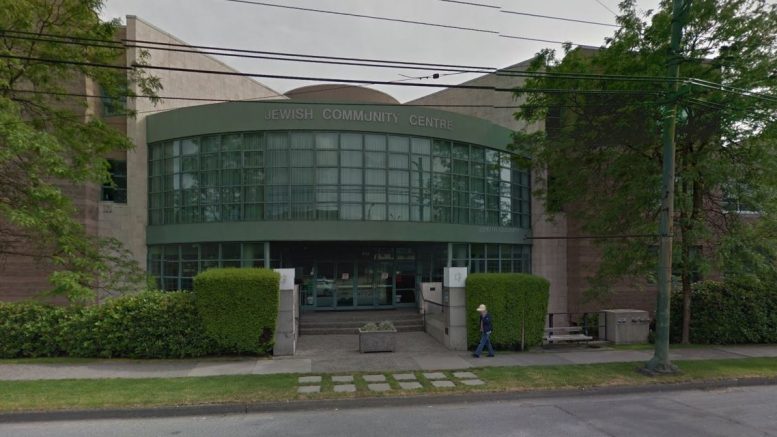 March 8, 2017 —  John Horgan, Leader of the B.C. New Democrats released the following statement on the bomb threat targeted at the Jewish Community Centre of Greater Vancouver:

“I was shocked and dismayed to learn that the Jewish Community Centre of Greater Vancouver was forced to evacuate last night after a bomb threat.

“We cannot allow our friends and neighbours to be threatened by people with hatred in their hearts. We must denounce anti-Semitism and other forms of racial violence in our communities. It has no place here.

“We cannot allow anyone to divide our province with threats of violence.

“I hope that British Columbians of all backgrounds will rally together to condemn these hateful acts, and to protect those who are targeted by racism, discrimination and violence.”

The recent threats at JCCs in Vancouver follow a day that included two bomb threats at JCCs in Ontario – one in Toronto and one in London, marking the second bomb threat the London Jewish Community Centre has received in the past two months. Police were called and have since provided the all clear, allowing activities to resume at both community centres.

“CIJA’s security team is working closely with the affected institutions and local law enforcement. These alarming incidents, combined with similar threats targeting Jewish community centres across North America, remind us of the need for continued vigilance in the fight against antisemitism.

“Our community has strong security protocols in place and benefits from close working relationships with police agencies, which have proven extremely responsive in dealing with these terrible acts. We thank police for their exceptional support. We encourage community institutions to follow existing security procedures, call 911 immediately should they witness suspicious activity, and reach out to CIJA’s security team for follow-up support.

“As Canadians, we will not tolerate antisemitism – or any other form of hatred – in our society. While maintaining vigilance, Jewish Canadians will not be deterred from actively enjoying our community centres.”

The recent threats in Calgary, Vancouver, Toronto and London ON, as well as the threats in over 30 Jewish institutions (primarily JCCS) across the United States have all prompted evacuations and police sweeps and have all proven to be unfounded.

In response to the threats in centres across Canada and the US, Edmonton Jewish Federation CEO Debby Shoctor stated, “You have probably heard about the bomb threats which happened at JCCs in Toronto and London, Ontario, today. To keep you up to date, I have been in touch with Deputy Chief Brian Simpson, of the Edmonton Police Service, and they are monitoring the situation. They will let us know if there is any reason to be alarmed, and I will let you know if anything happens on our end…We have emergency procedures in place and are prepared to act if need, be, but please remain calm – none of these threats has amounted to anything, either here or in the US. We will keep you informed if anything develops here in Edmonton.”

“Over the past couple of months, the number of hate incidents and threats of violence against Jewish communities across North America have surged dramatically.

“I would like to assure you that we are working closely and tirelessly with our local, national and international partners in an effort to ensure the safety of our community. We have recently issued a series of communications and developed a new emergency response protocol.

“We are committed to security and are taking proactive steps intended to ensure the safety of the community. In the coming weeks, we will be establishing a new notification platform that will allow us to communicate more swiftly and efficiently in future urgent situations, separate from any marketing.

“Let us remain strong and unified in these uncertain times. Together, united as a community we can face any challenge.

“We look forward to working together with you in order to build a stronger, more resilient community.”

For more information in Edmonton, or for help with your own organization’s emergency plan and implementation, please contact Tal Toubiana, Federation Chief of Security at talt@edjfed.org or (780) 487-0585 ext. 204.