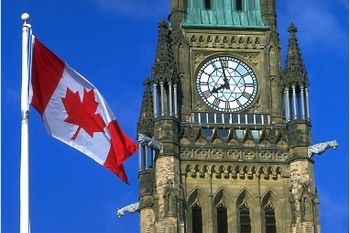 March 27, 2015, OTTAWA — B’nai Brith Canada experts David Matas and Marvin Kurz testified before the Standing Committee on Public Safety and National Security (SECU) regarding Bill C-51. The testimony focused on specific areas of the legislation dealing with the promotion of terror and offered a substantive analysis regarding the balance between security and civil liberties.

“The Canadian Jewish community, like most of our fellow Canadians of Christian, Muslim, Hindu and many other confessional and ethnic backgrounds, is disturbed by the increasing threat that terrorism poses to the way of life we cherish,” said Marvin Kurz, National Legal Counsel, B’nai Brith Canada.

“Jews are not simply the victims of random anti-Semitic violence. Jihadi terrorists around the world have been plotting and committing hate fueled acts of violence against the Jewish community. In Canada, which has seen a spike in both actual terror incidents and planned ones, the news continues to report terror threats that single out the Jewish community.

David Matas, Senior Honourary Legal Counsel added, “Generally human rights have to be viewed as a whole. Rights have to be balanced off against each other. Practically what that means is that the rights of one set of people have to be balanced off against another, in this case the right to security of the person of victims and potential victims of terrorism against the free speech rights of those advocating or promoting terrorism.

“We see Bill C-51 as a re-equilibration of the balance in light of the enhanced terrorist threat with which the planet in general and Canada in particular have been confronted. Many of the critics of the Bill in general and this provision in particular are advocates of the status quo, the old balance.

“However, the world has changed, and the balance has to change too. The victims and potential victims need better protection than they have had at present. Whether Bill C-51 currently overshoots the mark requires consideration. But conceptually its drift makes sense. Our suggestions, which we believe are consistent with the spirit of the Bill, would enhance the protection of freedom of expression.“