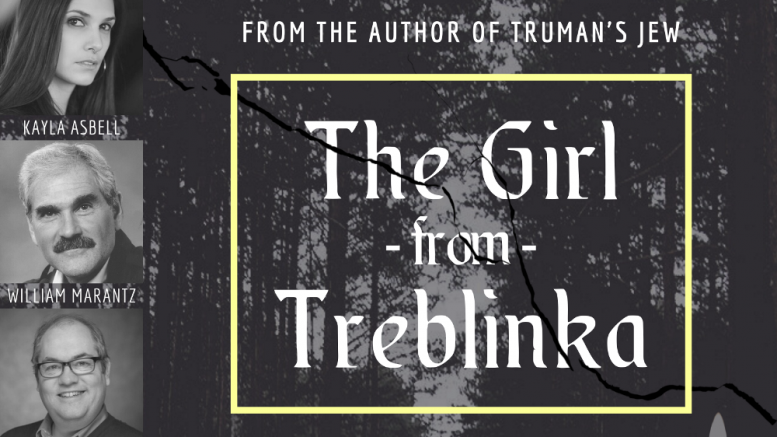 (Edmonton) – Edmonton’s Beth Israel Synagogue is pleased to announce its presentation of a world premiere performance of “Girl from Treblinka,” a play recently written by Leonard Stone dealing with the struggle between good and evil, the horrors of the Holocaust and the deep unknown of the afterlife.

The singular evening performance will take place in the synagogue’s sanctuary at 131 Wolf Willow Road in Edmonton on April 26 at 7:15 pm (sharp). With creative support from Betty Schaffel, the play will feature a couple of Alberta’s finest performers, and actors from Winnipeg, Denver, and New York City.

“We are thrilled to be staging this world premiere performance for the Edmonton Jewish Community and we also expect to see numerous audience members from the general community, theatre enthusiasts and people interested in the Second World War, and the Holocaust,” said Associate Producer, Shane Asbell.  “Our goal is to sell every seat in the Sanctuary.” 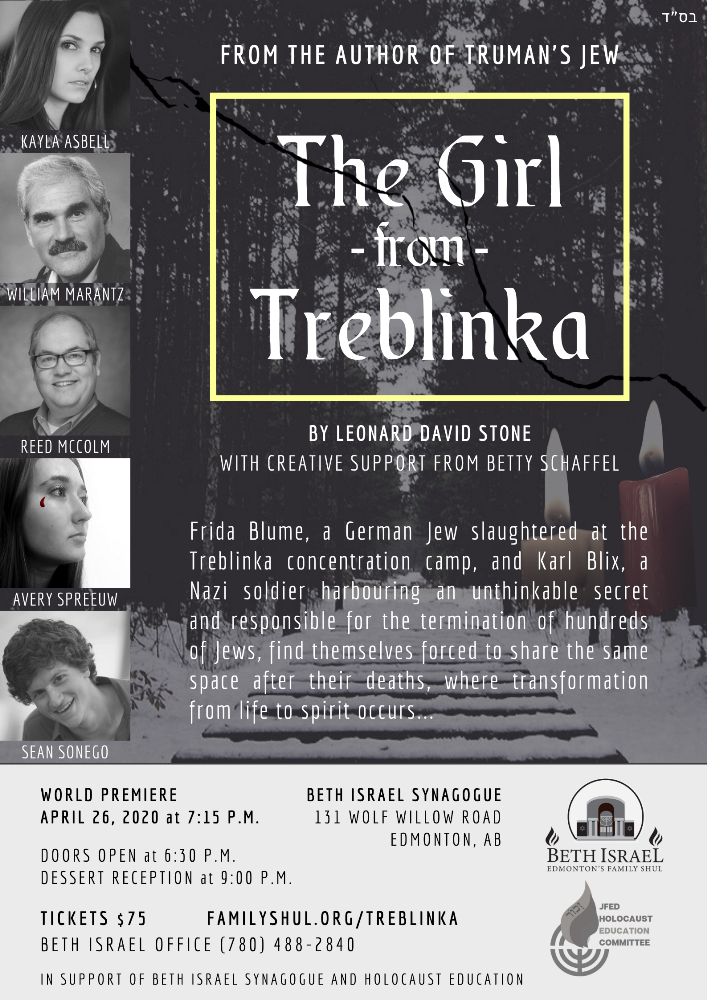 “Girl from Treblinka” tells the story of Frida Blume, a German Jewish woman who was slaughtered at the Treblinka concentration camp, and Karl Blix, a Nazi soldier harbouring an unthinkable secret and responsible for the elimination of hundreds of Jews,  find themselves forced to share the same space after their deaths, where transformation from life to spirit occurs.

“Girl from Treblinka” was written by Winnipeg native Leonard David Stone, a fifty-year internationally recognized administrator in the cultural arts, and the author of TRUMAN’S JEW which premiered at Beth Israel Synagogue in 2017.

The Beth Israel performance of “Girl from Treblinka” takes place just days after Yom HaShoah, Holocaust Memorial Day, and in this the 75th year Anniversary of the liberation of Auschwitz and the ending of the Holocaust.

“This is an extraordinary opportunity for the Edmonton community and the net proceeds will go towards Beth Israel Synagogue and Jewish Federation’s Holocaust Education in Edmonton,” explained Asbell.

Please join Stone, Beth Israel the Family Shul, and Jewish Federation on April 26.  Tickets cost $75.00 and are available at familyshul.org/Treblinka or by calling the Beth Israel office at (780) 488-2840.