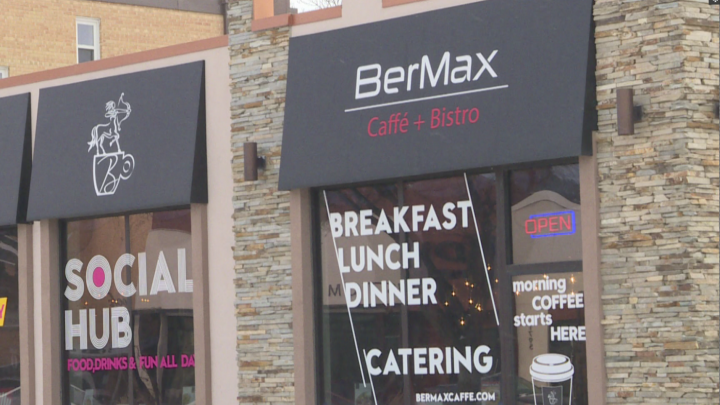 (April 2019) – An incident at a cafe in Winnipeg MB that was originally reported as one of the city’s worst-ever hate crimes was apparently staged, according to police in Winnipeg.

Three owners of the BerMax Caffé were arrested on April 24 and charged with public mischief, which includes intent to mislead and cause an officer to investigate an incident based on false information.

The cafe was allegedly robbed, an employee was allegedly assaulted, the interior was trashed, and the walls were spray-painted with anti-Semitic graffiti on April 18. Investigators now say that was all staged by the owners of the cafe.

At the time, the Winnipeg faith community was alarmed at the incident and responded with support and solidarity.

Belle Jarniewski, executive director of the Jewish Heritage Centre of Western Canada, was appreciative of the support and told media that the alleged attack was “the most violent and vicious anti-Semitic attack” ever in Winnipeg. Police Constable Rob Carver said the attack was one of the worst hate crimes he had seen as a police officer.

In response to the incident, Ran Rashi, National Director of the League for Human Rights for B’nai Brith Canada, made the following statement.

“On behalf of B’nai Brith Canada, I would like to convey how shocked and disturbed we were to learn that police concluded Wednesday the recent attack at BerMax Caffé in Winnipeg, initially described as anti-Semitic, was staged.

“If the allegations of Winnipeg police are true, we condemn this fabrication of a hate crime in the strongest possible terms. Making false allegations of anti-Semitism does nothing to quell the rise of racism and discrimination in Winnipeg and across Canada and will embolden the conspiracy theorists and purveyors of anti-Jewish hatred who blame the entirety of society’s ills on the Jewish community.

“Moreover, it harms the efforts of human-rights organizations such as B’nai Brith Canada to combat instances of bigotry whenever it rears its head.

“We have been seeing a revival of grassroots activism in Winnipeg. For example, thanks to the persistence and dedication of local community members, in addition to the work we’ve accomplished at B’nai Brith, there has been a strong campaign against Linda Sarsour’s upcoming visit, and the members of our community have been united in unprecedented fashion.

“We must not let these charges from Winnipeg police deter us from fighting against instances of anti-Jewish hatred and discrimination in all its forms, which sadly has significant and negative repercussions for the members of our community.”

Be the first to comment on "Attack on Jewish Cafe in Winnipeg was ‘Staged,’ Police Say"