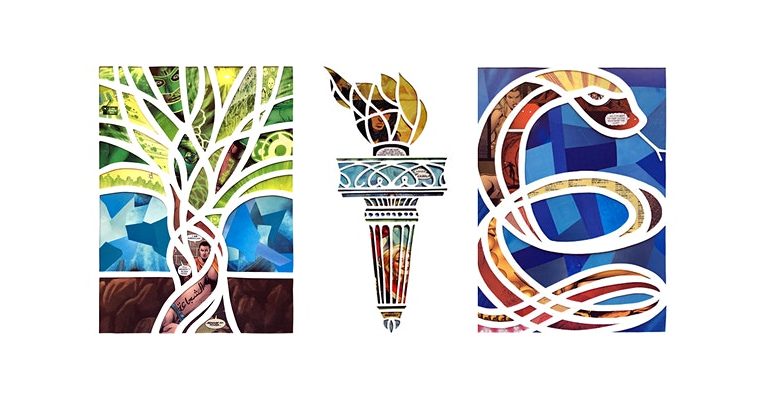 (AJNews) – On Wednesday October 6, 2021, at 7 pm MDT on zoom, the second season of Art and Scroll Studio will begin with the bold work of Isaac Brynjegard-Bialik. Isaac’s work is detailed and expressive and leads the viewer to a new understanding of Judaic tradition, melding it with modern motifs. 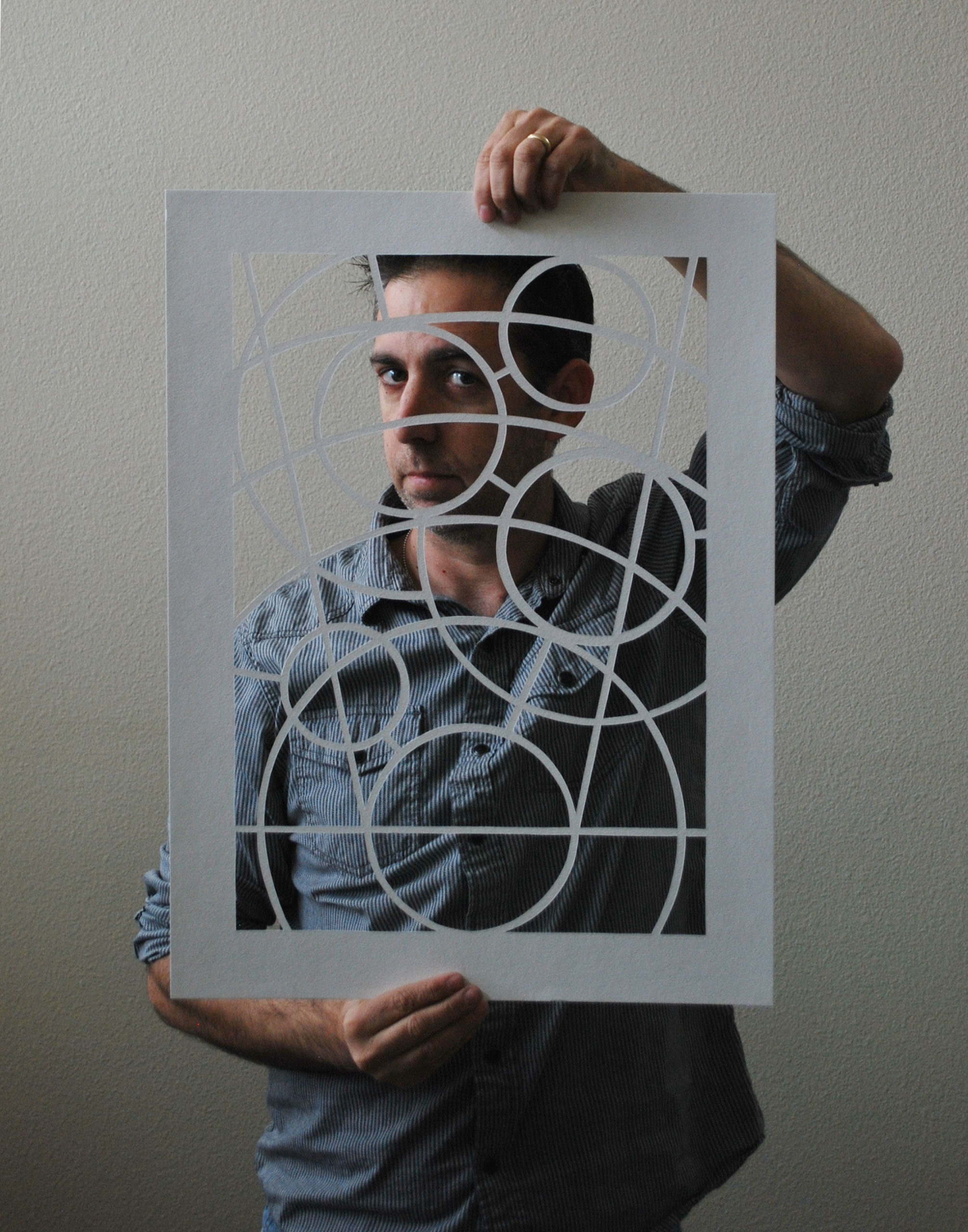 Artist Isaac Brynjegard-Bialik will be featured on October 6 at the virtual opening of Season 2 of Art and Scroll Studio.

As an artist living in Southern California his work can be found in private collections around the world. He cuts up comic books and reassembles them into work made of clean lines and patterns, sinuous shapes and sharp edges, large fields of color and small intimate spaces. Trained in graphic design, Brynjegard-Bialik started cutting paper while living in Jerusalem. He regularly speaks about the intersection of art and Judaism.

“My work explores the role of narrative in the development and expression of identity. I work in paper because I like its fragility and its place as our primary medium for telling and sharing stories across generations. It is both ephemeral and constant.”

He works with the stories and traditions primarily of the Jewish people, though other peoples and cultures enter into the papercuts as well. These are filtered through the twin lenses of the traditional art form of papercutting and contemporary pop culture storytelling techniques.

“My work is visual biblical commentary; I call it “paper midrash.” I always begin with text – often bible and other traditional sources, but also the words of poets and musicians. My work is influenced by elements of the natural world and how tradition understands its connection to the Divine: for example, the burning bush, the parting of the Red Sea, the revelation at Sinai,” says Brynjegard-Bialik.

He layers cut-up comic books into his work, drawing parallels between mythologies and religious traditions to delve into the stories that make us human. His vision is that comic superheroes exist outside of the “natural” world, be they visitors from other planets or people whose powers stem from strange scientific accidents; they have weaknesses and flaws, and their struggles are often a metaphor for the human experience. He brings these different types of stories together in the layers of his papercuts, searching for new meanings in these combinations.

Following the very successful launch of Art and Scroll Studio Season One, this upcoming year will feature more unique artists whose work originates in the world of Judaica. Celebrating the makers and creators of Judaica art, the zoom show has brought to life the backstory of a wide range of artists. Last year’s guests joined the show from a multitude of locals including California, Brooklyn and Calgary’s own Milt Fischbein. Viewers were engaged in the variety of media that was expressed in the featured artist’s work. Ranging from the “found objects” in Frann Addison’s assemblages, to the embroidery of Rachel Braun’s Torah passages, the audience grew organically as viewers returned again and again.

The season finale included the addition of guest commentator Rabbi Mark Glickman of Temple B’nai Tikvah in Calgary. He contributed Judaic insights to compliment the work of Rachel Braun as they discussed similar passages from the Torah.

To register for the first show featuring Isaac Brynjegard-Bialik on Oct. 6, 2021 visit www.artandscrollstudio.com.

Be the first to comment on "Art and Scroll Studio: Presenting Season Two!"