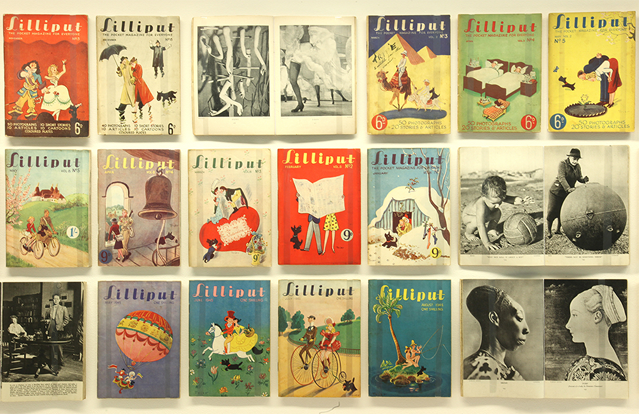 Anti-Fascist cartoonist Walter Trier's messages still resonate today. He moved to Canada in 1949 and has family members in both Toronto and Calgary.

(AJNews) – The cartoon stylings of Walter Trier, who pilloried fascist leaders during the Second World War with humour, provide a useful lens for approaching the rise of the far right we’re witnessing presently, according to one of his descendants.

Born in Prague in 1890, when it was part of the Austro-Hungarian Empire, Trier moved to Germany in 1906 for school, where he studied under famed painter Franz Stuck and did illustrations for several children’s books.

In 1936, he fled the Nazis and moved to London, where he worked with the Ministry of Information to create anti-fascist leaflets. Around the same time, Trier began drawing the covers of Lilliput magazine, which he continued until 1949.

After the war, he moved to Canada to be with his daughter, living in Collingwood, Ont., until his 1951 death.

Trier’s great grandson is Chris Fodor, whom readers might remember as the owner of City & Country Wine in Calgary. Another great grandchild is Chris’s cousin, Matt Fodor, a political scientist based in Toronto.

Although Trier died well before Matt was born, his legacy loomed large in Fodor’s life, describing his grandparents as the “guardians of his legacy”.

His family had Trier paintings all over the house growing up and his paternal grandmother — Trier’s daughter — donated much of more than 1,100 pieces of Trier’s work to the Art Gallery of Ontario in 1976.

“He was a larger than life figure,” says Matt. “So we were always well-aware of his history and life.”

He describes Trier’s work as playful, child-like and fantastical, which Trier often used to drive home his anti-fascist message.

One piece from 1942, entitled “Check Mate, the Fuehrer”, shows a dismayed Adolph Hitler losing in chess to Joseph Stalin. Matt says Trier wasn’t a Communist, but was immersed in the Popular Front politics of the day, which regarded Stalin as a key ally in fighting fascism.

Another image — publication date unknown — shows Hitler hanging from one of the spikes atop Lady Liberty’s head by the seat of his pants.

Matt, who is working on a book about the history of the NDP, says he gained an enhanced appreciation of Trier’s work as he became more politicized.

“When I got more politically-minded, I got more interested in the family story and his anti-fascist work,” says Matt.

Not all of Trier’s work was political in nature, with many pieces focused on the artist’s love of animals. One cartoon from 1933 shows a lineup of hockey players, with the goalie holding a cat in his glove, while another from 1949 depicts an elephant in a tuxedo delivering a speech.

But Matt says Trier’s political work in particular stands the test of time, offering us a lesson in combating the rise of the radical right through satire.

“(Trier’s work) brings out a joyful, positive love of life. And fascism is the opposite of that — it has disdain for the good life. It also has disdain for intellectuals and creativity,” he said, describing Trier’s approach as “light instead of darkness.”

“You (can help) defeat them by making them an object of ridicule.”