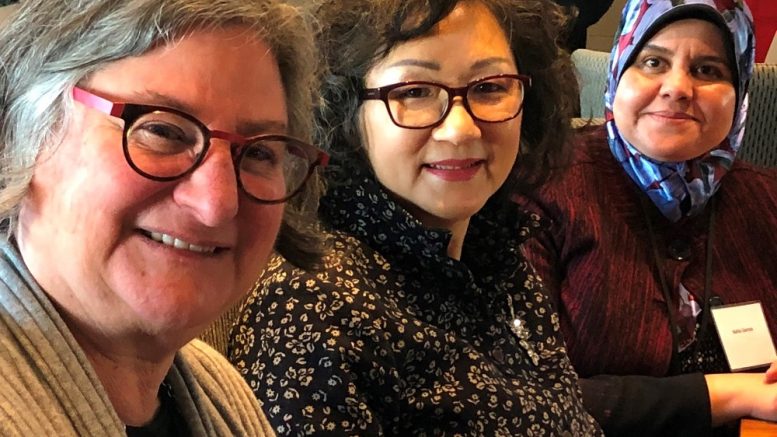 (EJNews) – Judy Shapiro, former executive director of the Calgary Jewish Federation, is part of Alberta’s first advisory council dedicated to combating racism in the province. She is one of a 24-member council that is bringing expertise and experience to assist in government’s commitment to end racism.

The council, which met on February 25, includes 24 members plus Education Minister David Eggen, who is responsible for government’s anti-racism initiative. The council will advise government as it develops strategies to end racism and discrimination in Alberta. This council is the first of its kind in the province.

More than 300 Albertans applied to participate on the council.  Members were selected for their demonstrated leadership abilities and experience in advocating for diverse communities. The council includes people from various faiths and other diversities, and members represent regions across the province.

“Establishing the Anti-Racism Advisory Council is an important part of our government’s efforts in fighting racism in this province,” stated Minister Eggen. “Each of the council’s new members brings a wealth of knowledge and lived experience to our government’s anti-racism work. I have a great deal of confidence in this new council and I look forward to working together to ensure all Albertans feel safe and respected. We will work together towards a common goal of ending racism in our province. We owe this to our future generations.”

Minister Eggen will have two co-chairs on the Anti-Racism Advisory Council: Heather Campbell and Lucenia Ortiz.

“I am extremely proud to share the leadership of the Alberta Anti-Racism Advisory Council (AARAC),” noted Campbell. “Thank you, Minister Eggen, for entrusting me with this fundamental element of the government’s plan to address racism. All Albertans will benefit from AARAC’s inspired work developing community-based solutions to address racism and remove barriers, allowing everyone to thrive.”

“I am honoured to be selected as one of the co-chairs of the Alberta Anti-Racism Advisory Council,” added Ortiz. “I look forward to working with the members of the Advisory Council who share a commitment to tackle racism and make Alberta a more welcoming and inclusive province.”