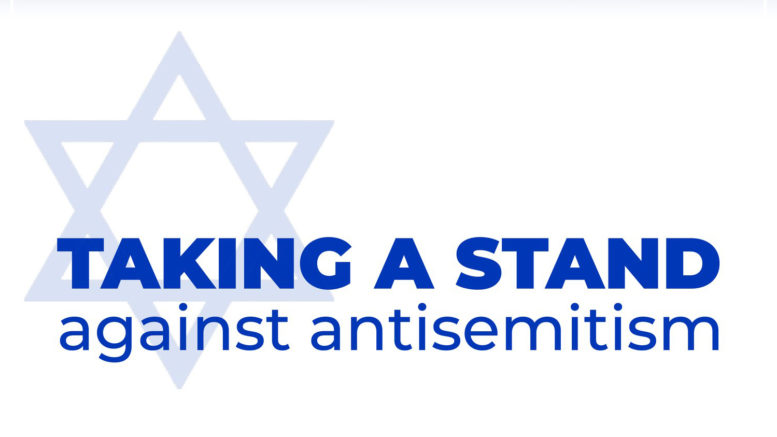 “Remembering the Holocaust is a moral obligation – and antisemitism, like all forms of racism and prejudice, has no place in Alberta,” stated Alberta Premier Jason Kenney. “In endorsing this internationally-recognized definition, Alberta is doing its part to make sure we continue to learn from this painful history and promise never to repeat it.”

The IHRA working definition of antisemitism provides policymakers, law enforcement, and community leaders with a tool to identify, understand, and combat contemporary forms of antisemitism in public life, the media, schools, the workplace, and in the religious sphere. IHRA is the consensus definition of antisemitism that best reflects lived experience of Jews today. Developed by IHRA’s Committee on Antisemitism and Holocaust Denial, it is grounded in the research of the world’s foremost experts on antisemitism and the Holocaust and is supported by the UN, EU, and 30 countries including US and Canada. It has also been adopted by Ontario, British Columbia, Quebec, and New Brunswick.

“The Alberta government’s adoption of the IHRA definition of antisemitism is a clear affirmation of our elected officials’ recognition of the upsurge in hate targeting Jews and the need to counter this rise,” said Shimon Koffler Fogel, President and CEO, Centre for Israel and Jewish Affairs. “Identifying antisemitism is the first step in recognizing its manifestations, which is key to standing against it. Today, Alberta joins governments across the country to say that enough is enough. Canadians cannot stand by and allow Jew-hatred to spread unchecked.”

As antisemitic incidents in Canada continue to rise, the need to counter them is urgent. The IHRA definition provides a critical framework to guide officials in addressing this rise in hate and discrimination. Alberta’s organized community representatives, including the Jewish Federations of Calgary and Edmonton, CIJA and B’nai Brith Canada have been advocating for the endorsement of the IHRA definition for many years. The adoption of IHRA signals that the Government of Alberta recognizes the struggle faced by the Jewish community and that they stand in solidarity in the fight against Jew-hatred and all forms of hate.

“Today, the Government of Alberta sent a strong message that antisemitism has no place in society,” said Stacey Leavitt-Wright, CEO of the Jewish Federation of Edmonton. “To combat antisemitism effectively, it must first be defined. The IHRA definition will help Albertans identify and combat antisemitism in all its forms.”

“With antisemitic hate crimes on the rise across the country, fighting antisemitism is a priority – not just for the Jewish community, but for all Albertans and for all Canadians,” said Adam Silver, CEO, Calgary Jewish Federation. “IHRA will equip policymakers with a usable tool to address this rise in hate and discrimination. We look forward to working with stakeholders as they apply the IHRA definition to guide education, public policy, anti-racism strategies, and law enforcement hate crime identification frameworks.”

While details of the rollout and adoption of the IHRA definition in various applications are still being formalized by the government, the community is encouraged that, through IHRA, Jewish-lived experience will now be reflected in the official understanding of antisemitism.

“Hatred against any person or group based on race or religion is harmful to all of us,” stated Minister of Justice and Solicitor General Tyler Shandro. “Alberta’s government is endorsing this definition of antisemitism to let the Jewish community know we stand with them against discrimination and will not tolerate hate in our communities. I invite all Albertans to speak out against this hatred and help foster a more accepting province.”

B’nai Brith Canada also lauded the Government of Alberta for its announcement.
“The adoption of IHRA by Alberta is timely,” said Abe Silverman, B’nai Brith Canada’s Manager of Public Affairs for Alberta. “Our 2021 Audit of Antisemitic Incidents in Canada recorded 148 incidents of hate aimed at Jews in the province – an increase of 55.8% over 2020. Those numbers included five incidents of violence. The situation needs to be addressed and the IHRA definition will help.”
“We’re thrilled to see Alberta joining Ontario in formally adopting IHRA. Its importance cannot be underestimated,” B’nai Brith Canada CEO Michael Mostyn added. “We thank Premier Jason Kenney and Minister Tyler Shandro for having met with us repeatedly over the last year, leading to today’s major announcement. We’re also grateful for Rabbi Ari Drelich’s support for our efforts to have Alberta adopt IHRA.”
Statistics Canada’s recently released 2021 report on crime presents a shocking portrait of police-reported hate crimes, nationally.
“Jews comprise only 1.25% of the Canadian population, yet Statistics Canada alerts us that in 2021, they represented 56% of all police-reported hate crimes targeting religious minorities. That is unacceptable,” said Marvin Rotrand, B’nai Brith Canada’s National Director of its League for Human Rights. “Today, the Alberta Government has reassured the Jewish community that it will not tolerate hate.”

“Antisemitism is a certain perception of Jews, which may be expressed as hatred toward Jews. Rhetorical and physical manifestations of antisemitism are directed toward Jewish or non-Jewish individuals and/or their property, toward Jewish community institutions and religious facilities.”