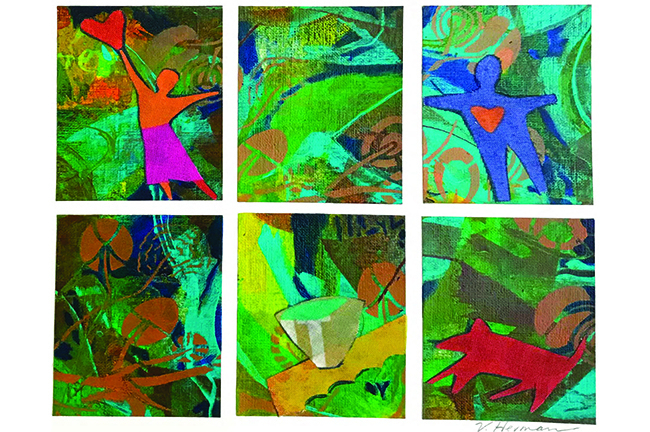 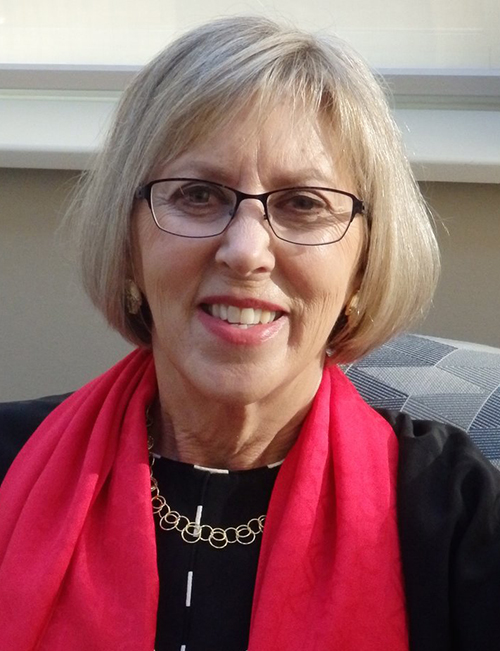 (AJNews) – The vibrant image on the cover of the Calgary Passover edition of Alberta Jewish News is by artist Vivian Herman. It is a detail from one of her multimedia paintings entitled “Joy.” We thought it was ideal for the Passover cover because it evokes a sense of joy, freedom, spring and rebirth, all important themes of the upcoming holiday.

In addition to being our cover artist, Herman will be featured as the inaugural artist at the launch of the TBT Gallery at Temple B’nai Tikvah on April 24.

Growing up in Vancouver, B.C. Vivian Herman began her formal art training at U.B.C. while doing Art History and Library Science degrees. There she was taught by Toni Onley and found printmaking to be the medium that she worked in for many years thereafter. Settling in Calgary in the mid 70’s she continued to explore new ways of expressing the natural elements and landscapes, eventually discovering collage and mixed media. They allowed for unexpected results of colours and shapes through the process of layering paper, fabric, and paint. Vivian has done numerous group and solo exhibitions as well as commissioned work. Dividing her time between Calgary and the coast she is continually inspired by the beauty of both the foothills and the ocean. 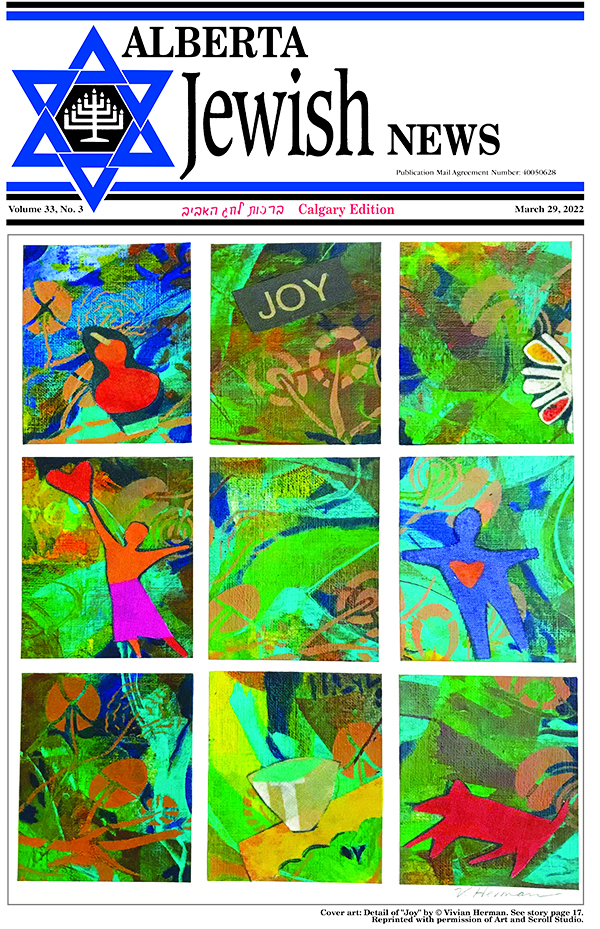 “Working in mixed media allows me a certain freedom to explore colour, patterns, and textures without planning the final outcome,” explains Herman in an artist’s statement.

“I love the surprises that happen during the process of painting, layering papers, stenciling and using other various tools to achieve the shapes and textures.

“Some of my recent works use the pattern of a grid. After painting each one as individual pieces I then arrange them as one to make a balanced and harmonious painting. As the work progresses, a theme will usually emerge, while at other times, an image or idea is already in my mind.

“Inspiration comes from the beauty of the landscape, nature, and everyday objects. There is great satisfaction in connecting creatively to my surroundings and being absorbed in the process of artistic expression.

Vivian Herman’s art will be featured at the TBT Gallery at Temple B’nai Tikvah in Calgary from April 24 – June 24.

Be the first to comment on "About Vivian Herman: Cover artist of our Calgary Passover edition"