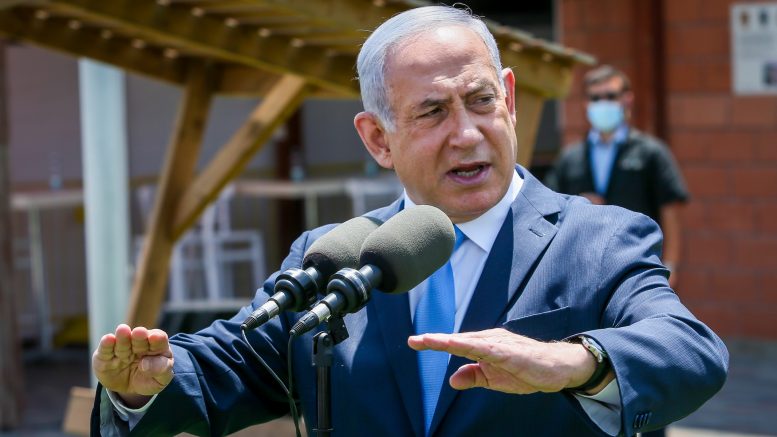 (JTA) — Abe Foxman, the past Anti-Defamation League leader who long has said that nothing could separate him from support for Israel, now says the leaders of an extreme party could do the trick if they get their way in coalition talks with incoming Prime Minister Benjamin Netanyahu.

“I never thought that I would reach that point where I would say that my support of Israel is conditional,” Foxman said in an interview published on Dec. 2  by The Jerusalem Post. “I’ve always said that [my support of Israel] is unconditional, but it’s conditional. I don’t think that it’s a horrific condition to say: ‘I love Israel and I want to love Israel as a Jewish and democratic state that respects pluralism.’”

“If Israel ceases to be an open democracy, I won’t be able to support it,” he said.

Foxman said his outlook reflected that of the larger Jewish community — but added that he was optimistic Netanyahu would not let the leaders of Otzma Yehudit, the extremist party assuming a role in the incoming government, make drastic changes.

“I think he’s sensitive and smart enough to listen, to see the very serious concerns that [American Jews] have,” said Foxman, who retired from the ADL in 2015, 50 years after first joining the organization.

He pointed to an interview Netanyahu had recently with Bari Weiss, the opinion journalist, in which the incoming prime minister said he would not allow the excesses counseled by extremist party leaders including Bezalel Smotrich, Itamar Ben-Gvir and Avi Maoz.

But Netanyahu has struck a deal with Ben-Gvir to give him authority over the country’s police and has made Maoz, the leader of the homophobic party Noam, a new role overseeing “National-Jewish identity,” while he is reportedly nearing an agreement to make Smotrich finance minister. The men have said they want to expel disloyal Arabs from Israel, ban LGBTQ pride parades and roll back rights for non-Orthodox Jews.

Already, Netanyahu has reportedly agreed to back legislation that would stop recognizing non-Orthodox conversions. The men also agree on a vision to limit the power of Israel’s judiciary.

Netanyahu told Weiss that people alarmed by such demands should not be so worried.

“This Israel is not going to be governed by Talmudic law,” Netanyahu said. “We’re not going to ban LGBT forums. As you know, my view on that is sharply different, to put it mildly. We’re going to remain a country of laws.”

Foxman’s concerns, he told the Jewish Telegraphic Agency in a separate interview, are with proposals by the extremists to politicize the judiciary, to loosen open-fire regulations, to end recognition of non-Orthodox conversions to Judaism and to ban open LGBTQ events.

“It’s not one thing. It’s a whole package of things, which is bringing us back to the Middle Ages,” Foxman told JTA. “So it’s undermining democracy in terms of the legal system. It’s cutting back on human or equal rights for all whether it’s LGBT or whether it’s a it’s the Conservative movement, or the Reform movement that have strides in Israel.”

Foxman, 82, is still called on to pronounce on Jewish matters. A Holocaust survivor, he is on the board of the U.S. Holocaust Memorial Museum. His remarks are notable in part because he was of a generation, together with Malcolm Hoenlein, the executive vice president of the Conference of Presidents of Major American Jewish Organizations, and David Harris, who just retired as American Jewish Committee CEO, who said their top priority was keeping private differences between Israel and the U.S. Jewish community, and between Israel and the United States. Open criticism was the taboo.

That won’t hold if Netanyahu gives in to the demands of Otzma Yehudit, Foxman told the Jerusalem Post.

“If Bibi changes the nature of democracy in Israel, he will change the nature of Israel’s support in the U.S., certainly the American Jewish community, probably the general community and the U.S. government if it continues to be center-left,” he said.

1 Comment on "Abe Foxman: If Smotrich and Ben-Gvir get their way, Israel will lose me and American Jews"