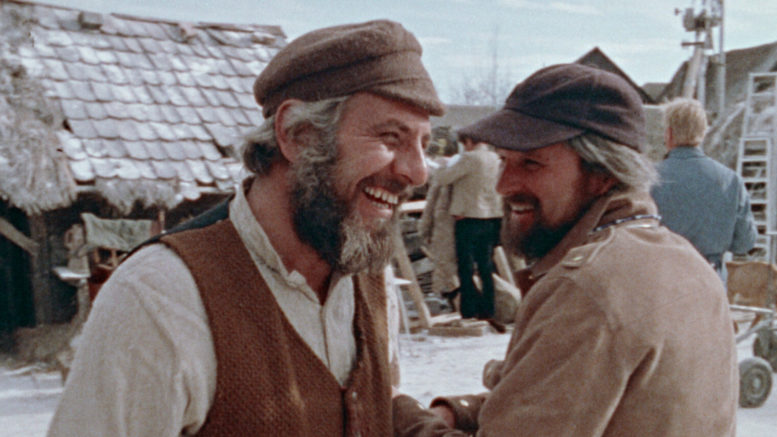 Director Norman Jewison, right, and star Topol as Tevye on the set of the film version of "Fiddler on the Roof." (Zeitgeist Films in association with Kino Lorber)

(Editors Note) – Fiddlers Journey to the Big Screen will be featured at the Edmonton Jewish Film Festival on May 15 at the Stanley Milner Public Library in downtown Edmonton at 7 pm and also online for those who prefer to view it at home.

(JTA) — Despite his name, Norman Jewison, the director of the 1971 film adaptation of “Fiddler on the Roof,” is not Jewish.

The 95-year-old Jewison has often spoken about how, when asked to helm the movie version of the popular Broadway musical about an Old World shtetl, he felt the need to sheepishly inform the producers that he was a goy.

Less well known is that, following the worldwide success of the “Fiddler” movie, Jewison actually wound up embracing the Jewish faith. Though he has never spoken of formally converting, he reveals near the end of the new documentary “Fiddler’s Journey to the Big Screen” that, when he married his second wife Lynne St. David Jewison in 2010, the couple had a Jewish wedding — complete with a rabbi and a chuppah. 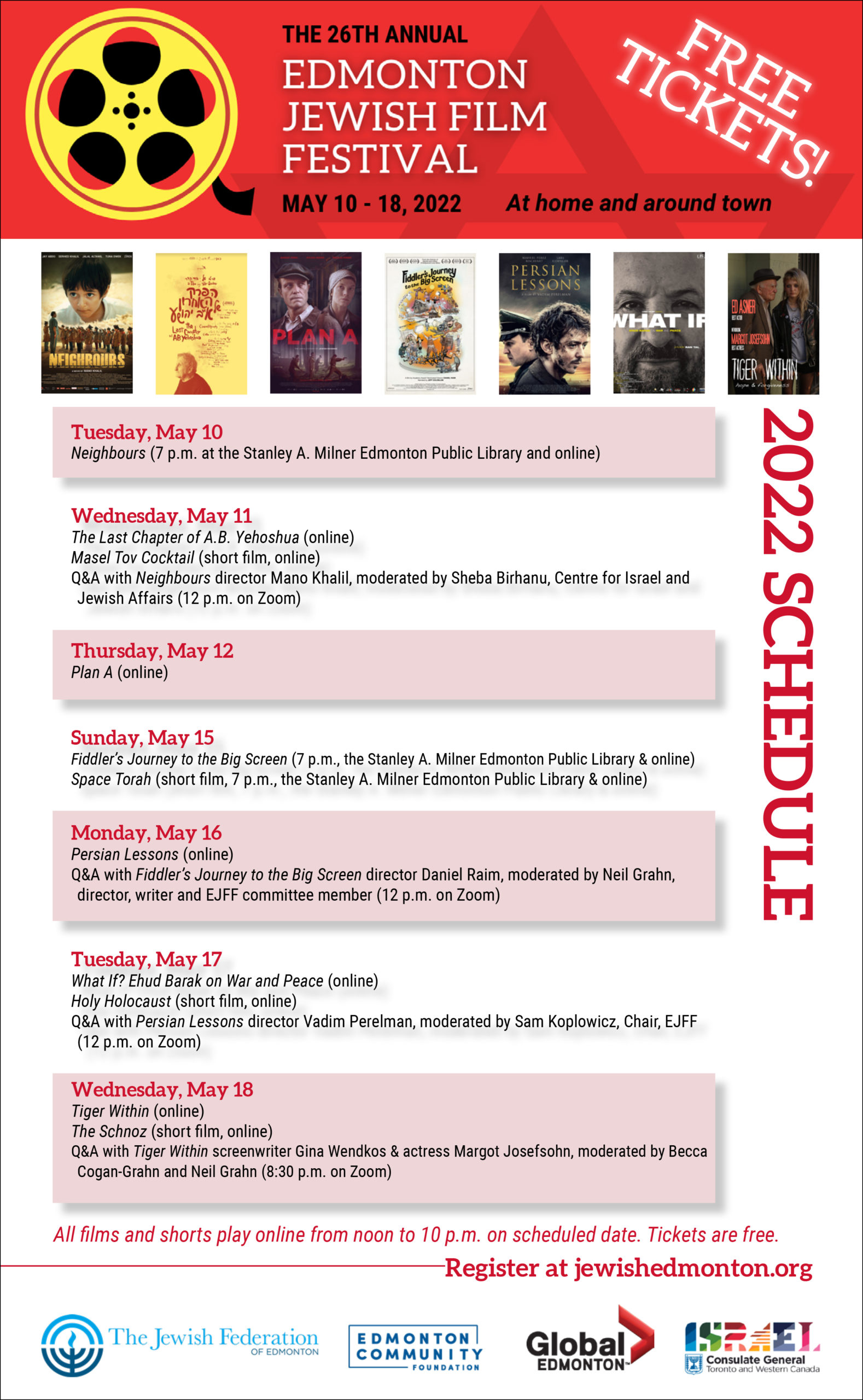 “Fiddler’s Journey to the Big Screen” tells the story of how the stage musical became a beloved screen classic. (It’s not to be confused with the 2019 documentary “Fiddler: A Miracle of Miracles,” which focused more on how the adaptation of Sholem Aleichem’s Yiddish short stories made it to the stage.) Directed by Daniel Raim, an Israeli-born filmmaker who specializes in behind-the-scenes film history documentaries for the boutique arthouse label The Criterion Collection, “Fiddler’s Journey” concerns itself with the details of film adaptation and the logistical challenges of recreating a convincing prewar Jewish shtetl in the former Yugoslavia.

It also focuses on the long, illustrious career of Jewison, for whom “Fiddler” became a signature film. One of the rare directors to have been nominated for an Oscar in three separate decades — his other two were for “In the Heat of the Night” (1967) and “Moonstruck” (1987) — Jewison landed the “Fiddler” job partly on the strength of his Cold War satire “The Russians Are Coming, The Russians Are Coming.” His commitment to verisimilitude in depicting Anatevka led him to reject the original Broadway “Fiddler” star, Zero Mostel, in favor of Israeli actor Topol. Mostel’s version of the milkman Tevye, said Jewison, was “too American.”

That commitment also led Jewison and his crew to reconstruct a wooden synagogue in the style once common in the Pale of Settlement, a story told in one of the documentary’s more moving passages. Jewison’s crew was unable to find a real-life synagogue that hadn’t been destroyed during the war. The new documentary’s Ukrainian-born producer and publicist, Sasha Berman, felt a connection to the film for this reason: Her grandmother grew up in an Anatevka-like shtetl, and would tell her stories about village life in much the same way as Sholem Aleichem, keeping the stories of Jewish life alive.

Other memorable moments of the documentary include interviews with Rosalind Harris, Michele Marsh and Neva Small — actresses who played three of Tevye’s daughters and who each remembered the experience as the role of a lifetime — and Jewison’s memories of screening the completed film in Israel for then-Prime Minister Golda Meir (David Ben-Gurion got to see it, too). Though Jeff Goldblum is billed as the documentary’s narrator, he makes only sporadic voice appearances.

Miracle of miracles, many of the people who brought us “Fiddler,” including Jewison, Topol, composer John Williams and original Broadway lyricist Sheldon Harnick, are still alive (composer Jerry Bock died in 2010). We see them all in the documentary, although many of the interviews are not original to this film. Still, there is a certain thrill to realizing that the history of “Fiddler,” a show which celebrates a long-dead way of Jewish life, is, in its own way, still living.

“Fiddler’s Journey To The Big Screen” opens April 29 at New York’s Angelika Film Center, and expands to Los Angeles May 6, with other cities to follow. It screens on May 15 at the Edmonton Jewish Film Festival at 7 pm at the Stanley Milner Edmonton Public Library and is also available to enjoy online as part of EJFF 2022.

Be the first to comment on "A movie about how ‘Fiddler on the Roof’ became a movie: Screening at the EJFF on May 15"