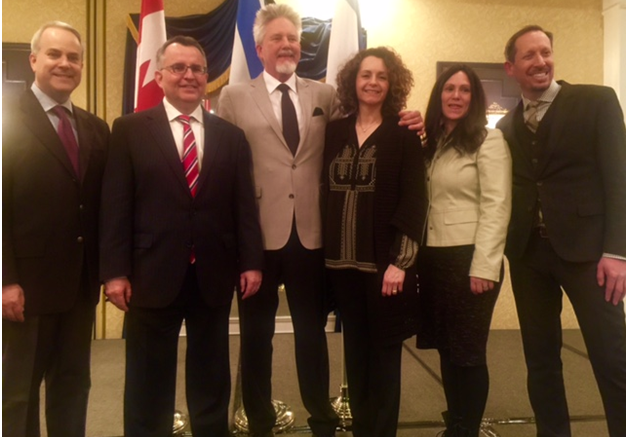 Over 800 people came to the events in the four cities, expressing their solidarity with the Jewish people and G-d’s covenant with Israel.  Pastor Vic Styrsky from California was the special speaker, and spoke from his heart with great passion about a “new kind of Christian” that boldly stands for Jews, without shame or hesitation.  Pastor Styrsky eloquently shared from his personal experiences of standing for Jews, even in the face of challenging circumstances.

Events were held in Red Deer, Grande Prairie, Calgary and Edmonton – all cities in Alberta.  At two events Christians were delighted that a local Jewish rabbi also spoke and delivered a blessing to all in attendance.  At the Edmonton event a local Member of Parliament (Kelly McCauley) was honoured by the crowd with an enthusiastic standing ovation after he gave a speech, for his record of standing strong for Israel in the Canadian Parliament by voting against BDS (boycott, divestment and sanction of Israel).

Attendees at the events were genuinely delighted, and expressed joy at the privilege of having a part in standing for Israel.