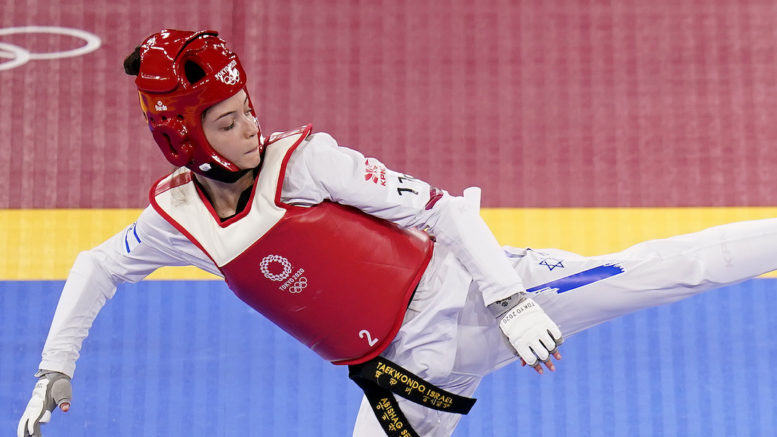 (JTA) — Avishag Semberg, a 19-year-old taekwondo fighter, won bronze in the women’s under 49 kg category on Saturday, giving Israel its first medal of the Tokyo Olympics and its first ever in the sport.

Semberg was not predicted to medal, but she earned the bronze after defeating Turkey’s Rukiye Yldrm. After the match, she embraced Yael Arad, a former judoka who was Israel’s first Olympic medalist in 1992, in the stands, The Times of Israel reported.

“I said to myself, ‘I want this medal more than she does,’ and I did it… I have an Olympic medal at 19, it’s a dream come true,” Semberg said after her win.

Semberg’s first win earlier in the day was Israel’s first ever Olympic win in any taekwondo category. She had won gold in the European championships earlier this year.

Taekwondo is a Korean martial art that involves punching and kicking, often at head height, and sometimes in spinning fashion. Israel is expected to win at least one medal in judo, a Japanese martial art that features wrestling techniques.