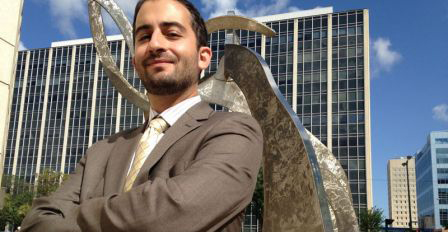 You might want to think twice before swearing that “you’ll defend to the death” a person’s right to say something you disagree with. That saying, a popular rallying cry in defence of freedom of expression, is misguided at best and sets expression, regardless of its content, on a pedestal which it may not deserve.

Words are powerful. Anyone who has been the target of racism, homophobia, misogyny or other bigotry will tell you that the old adage “sticks and stones may break my bones but words will never hurt me”, is far from accurate. Words hurt. Words can hurt even when nothing comes from them except the vitriol with which they’re said. But words can be especially potent in their ability to incite people to violence.

In the wake of the attack on the offices of Charlie Hébdo in Paris, commentators have called for both greater and fewer restrictions on free speech and hate speech. This debate misses the point. The cartoon images of Mohammad, while unquestionably in bad taste, in my opinion, were not hate speech. They do not expose Muslims to hatred or contempt, and they do not incite people to violence against Muslims. I wouldn’t buy an issue of Charlie Hébdo, but I also wouldn’t ban it.

But at a time when ethnic divisions in North America are at their most visible in fifty years, the way in which free speech exacerbates those divisions must be considered.

Today, Canada’s hate speech laws make it a criminal offence to communicate “statements in any public place [which] incites hatred against any identifiable group where such incitement is likely to lead to a breach of the peace.” In other words, if your ‘free speech’ (1) incites hatred, (2) against an identifiable group, and that incitement is (3) likely to cause a breach of the peace, you can be charged with a crime. Even then, however, a charge under that section of the Criminal Code can only be brought against the person who made the speech if the Attorney General consents. The Attorney General’s consent provides a significant barrier in even bringing a charge.

Hateful expression might not always rise to the level required for criminal prosecution, yet that fact does not necessarily mean that it is any less hurtful, hateful or harmful.

Until 2013, Canadians who found themselves on the receiving end of hateful speech had another recourse – the Human Rights Act. Section 13 of the Canadian Human Rights Act, now repealed by the Harper government, allowed individuals to bring a complaint to an administrative tribunal when “a person or group of persons” communicated “any matter that is likely to expose a person or persons to hatred or contempt” because of the fact that “… those persons are identifiable on the basis of a prohibited ground of discrimination.”

This was the legislation which led to the downfall of white supremacist John Ross Taylor. Similar provisions in Saskatchewan’s human rights legislation were used to prevent William Whatcott from distributing jarringly homophobic flyers in Saskatoon and Regina.

Today, Canadians do not have the benefit of the protection of section 13. Hate speech that does not rise to the level required for criminal prosecution will instead simply infect the public discourse.

The common retort to the call for strengthened hate speech legislation is that society will self-regulate. By this argument, those who engage in hate speech will lose their jobs and face social pressure. The theory might sound nice, but when the wife of former Mayoral candidate Gord Steeves was revealed last year to have made racist comments on Facebook, as many people leapt to her defence as condemned her. When a leader speaks out, like Winnipeg’s Mayor Brian Bowman and former Grand Chief Ovide Mercredi did last week, you’re as likely as not to find commentators on Twitter raising the issue of “anti-white racism”.

And in one of the most egregious examples of society not self-regulating, in late-2012, Sun News host Ezra Levant went on-air with a tirade targeting Canada’s Roma community (he referred to them as ‘Gypsies’, a pejorative term), which made use of language reminiscent of the propaganda used by the Nazis before the Holocaust. Although Levant ‘apologized’ nearly half a year later, the damage was done.

Much to the chagrin of free speech purists, the Supreme Court of Canada Justice Marshall Rothstein found in the Whatcott case that it was acceptable in Canada to restrict freedom of expression where the expression was “likely to expose” the targets to “hatred or contempt.”

It is particularly important that the Supreme Court recognized that statutory restrictions on hate speech are not designed simply to prevent individuals from experiencing ‘hurt feelings.’ Rather, the law stops (or should stop) hate speech which seeks “to marginalize the group by affecting its social status and acceptance in the eyes of the majority.”

While the cartoon published by Charlie Hébdo may not have been hate speech, the aftermath of the inexcusable attack on its offices nevertheless reminds us that free expression must have limits. In the aftermath of the attack, one French Member of the European Parliament, Aymeric Chauprade, published a video which claimed that “the roots of violence and totalitarianism are in Islam, even in its sacred texts.”

If you want to have a respectful debate about important political issues, Canadians should be able to expect that such a discussion will be had respectfully and in a way which promotes, rather than stifles, debate.

The abuse of free speech to demean and strip minority groups of their basic human dignity has no place in a truly democratic society.

Corey Shefman is a lawyer and activist in Winnipeg, by way of Thornhill, Montreal and 11 summers at Camp BB-Riback. Corey can be found @coreyshefman on Twitter.